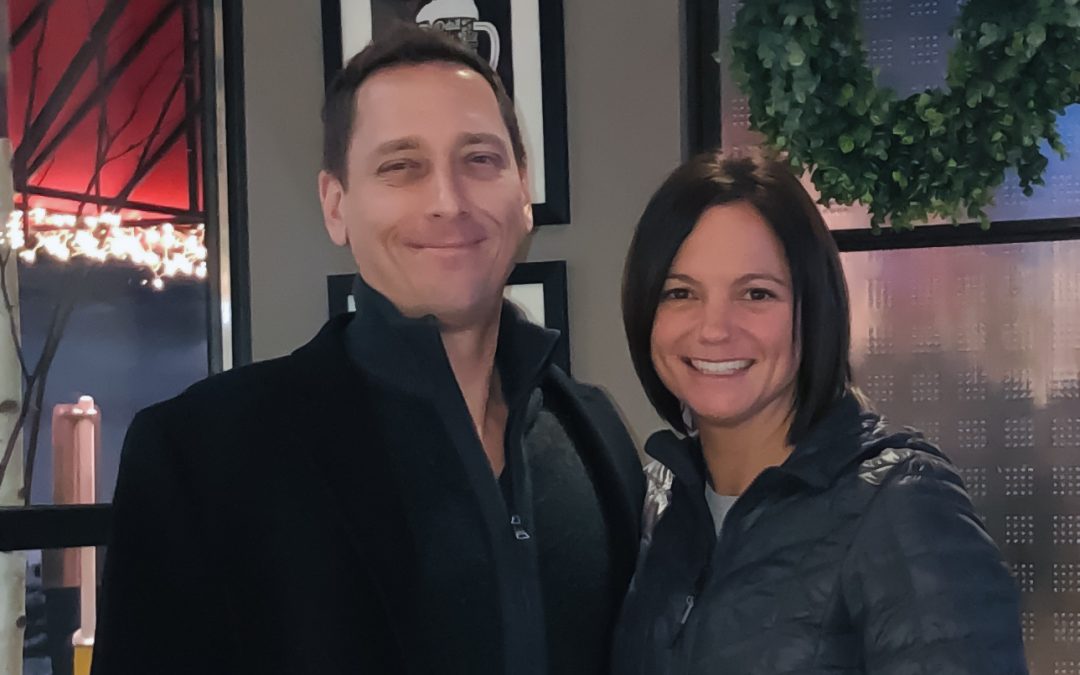 Andy and Sarah are the amazing coaches for Hammer’s Floor Hockey League. As Katie Pease, Hammer’s Community Life Coordinator says, “They have grown the Hammer Floor Hockey program into what it is today and are 100% dedicated to every part of the program. The activity adds so much to our Community Life offerings and there is no way we could have such a successful program without them. We offer Floor Hockey three times yearly and Andy and Sarah are there for it all.”

Andy first began volunteering at Hammer as a one on one volunteer. He found this so rewarding that he wanted to connect with more Hammer people. This led to the 2014 launch of the Floor Hockey League. Sarah learned about Hammer through Andy. He mentioned he could use a second coach. He was passionate about the program and wanted it to be successful, so Sarah offered to help. 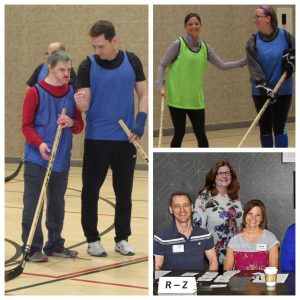 When asked what their favorite memories are, Andy recalled that sometimes people who have never played hockey arrive feeling intimidated saying, “I can’t play hockey!” But shortly after they are putting a puck in the net and yelling, “I scored a goal!” Seeing the confidence this builds is inspiring.

Sarah’s favorite moment was when Richard made his first goal. He got all of the players, the staff and coaches chanting his name and cheering for him. It was the moment when Sarah realized that this was the reason they were all together. The goal isn’t necessarily to get the puck in the net, but more to celebrate victories, to encourage, to laugh together and support one another while feeling loved and included.

Sarah continues to stay engaged because of the personal connections she has made. She loves hearing about the players’ vacations, weekend outings, what happened at work, pets, birthday, favorite foods, new shoes… all of it! Sarah says, “When I go to play I am not going to “volunteer”. I am going to hang out with my friends.”

Andy enjoys being greeted with the excitement and smiles of the players. Whether the player is a beginner or Olympian, everyone is supported but also encouraged to be their best. There isn’t any talk about the varying levels of skill or ability. Their connections have become bigger than the game. “We have become a hockey family!”

Sarah agrees. What she likes best about Hammer Floor Hockey is that the program is very inclusive. Anyone is welcome and no hockey experience is needed. It is heartwarming to see participants cheer each other on, pass to one another, give high fives and work together. This has touched her life. “Being a part of Hammer impacts my life simply by just making me happy. It is something I really look forward to doing.”

Andy says that volunteering with Hammer has had a major influence on his life by giving him new friendships and introducing him to amazing people. He recommends others to volunteer at Hammer.

“Just do it! I was apprehensive at first that I didn’t have enough to offer or contribute. I learned that there are not expectations to live up to and all you have to be is yourself. I 100% guarantee that spending time with these good people will be good for you!”

In addition Andy and Sarah have both volunteered at Hammer’s Spring Breakfast, Family Day Picnic, and have attended Hammer’s Theater productions. They even go to the Special Olympics to cheer their Hammer friends on.

Thank you so much Andy and Sarah for creating a win-win Floor Hockey League! You bring joy to everyone who participates! And thank you for being such wonderful all around volunteers.

We appreciate your dedication to those we support at Hammer.

If you want to learn more about volunteer opportunities, visit Hammer.org/volunteer