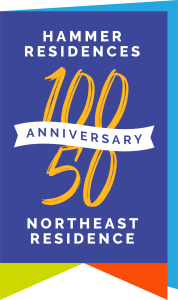 You can enhance someone’s life by just spending time with them! Helping a person with intellectual and other disabilities reach their goals is an amazing gift that you can give. As a volunteer, you will help people experience life to its fullest. It is our hope that by making a friend, a strong bond will develop, and the relationship continues for many years.

For questions, or to talk to someone on our Volunteer Resources department contact:
Cathy Thoma at cthoma@hammer.org
Or call  952-345-8554

Volunteer of
the Month

Many Types of Volunteers

We have a variety of volunteer opportunities to fit your interests and lifestyle. And you can also volunteer in more than one way. Some positions have a longer time commitment than other opportunities.

Each volunteer must complete an orientation through our volunteer department and pass a background check. Volunteers will receive additional training as needed for a specific area of service. 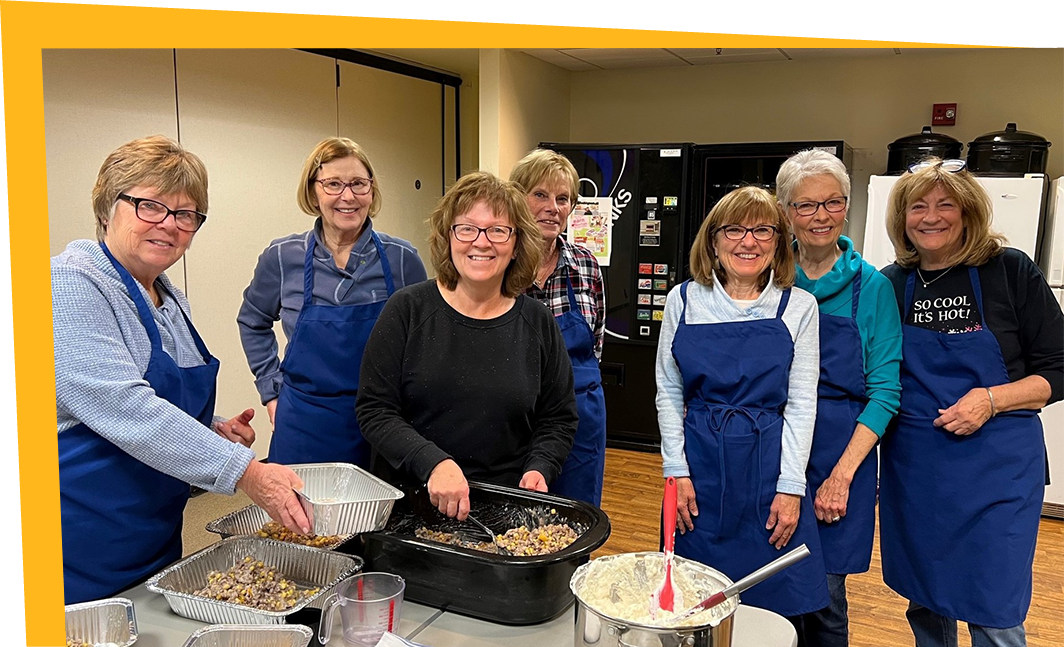 Cooks in the Kitchen

Cooks in the Kitchen is a new volunteer opportunity to lend a helping hand! Do you have a small team of friends, family, or coworkers who like to cook and are interested in a fun, quick, and easy volunteer opportunity? We have just the thing for you! Our new Cooks in the Kitchen program is a great way for a small team of volunteers to lend a big helping hand to some of our homes that are particularly short staffed, allowing them to spend more time on personal care for the individuals, rather than cooking. 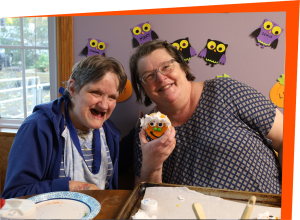 Provide one-on-one companionship (at least once a month) for an individual with developmental disabilities who shares similar interests. You and your matched individual will decide what you will do during your time together such as movies, restaurants, concerts, crafting, or biking. This is an opportunity to give back to your community, while having fun at the same time! **Must be willing to commit to 1 year of service and possess a valid driver’s license.** 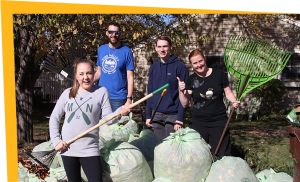 We enjoy developing opportunities with corporate groups. Engaging with the individuals we serve can be a wonderful experience for all. Examples of successful events include bowling parties, craft and game night, and Spring/Fall yard clean-up. 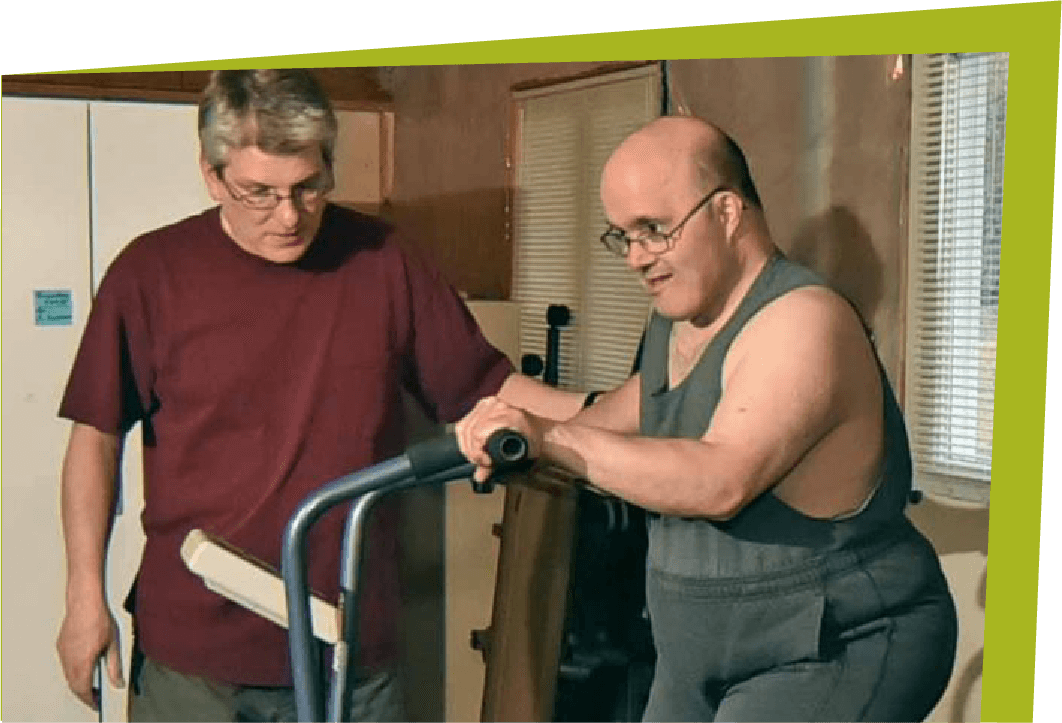 Provide support to an individual with developmental disabilities who would like to improve their health in areas of fitness, nutrition, or wellness. Meet once every week or two to participate in an exercise activity of that person’s choice, cook a healthy meal together, or participate in a stress-relieving activity such as yoga or meditation. **Must be willing to commit to 6 months of service and possess a valid driver’s license.** 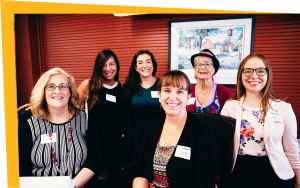 Assist with our Annual Meeting, Reach for Ralph, the Family Day Picnic, or other annual special events as planned. Volunteers can assist with set-up, decorations, food preparation, entertainment, clean-up, and various other jobs. These are one-time commitments for each event. Volunteers are kept on a list and can say ‘yes’ or ‘no’ to events as they arise. 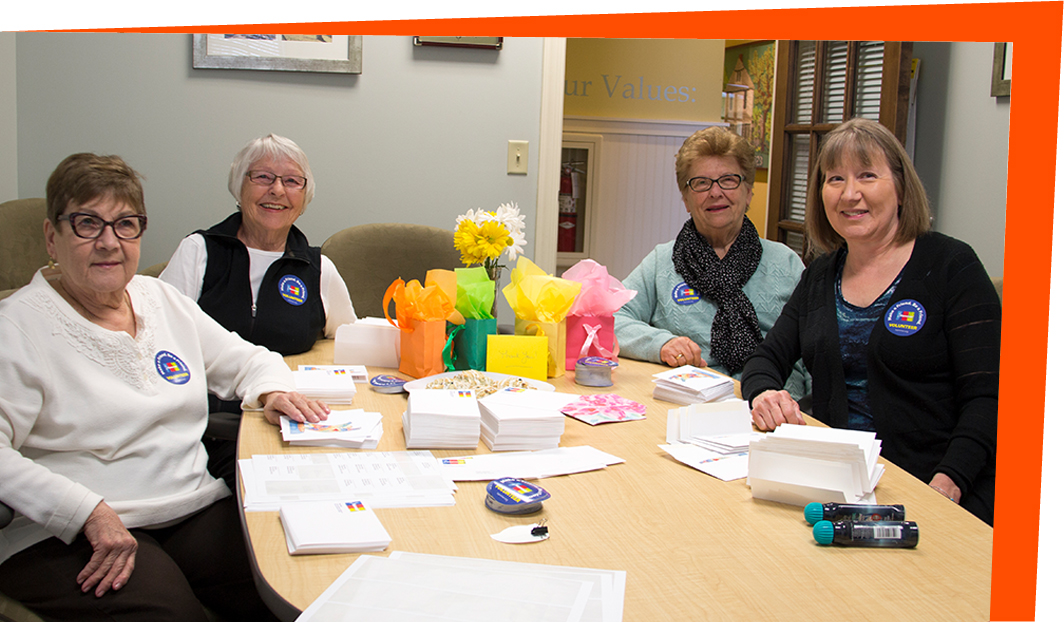 Assist as needed with office work such as data entry or filing. There is room for a variety of skill-sets in multiple departments, and the time commitment will depend on the individual project. The volunteer should be available during normal business hours. 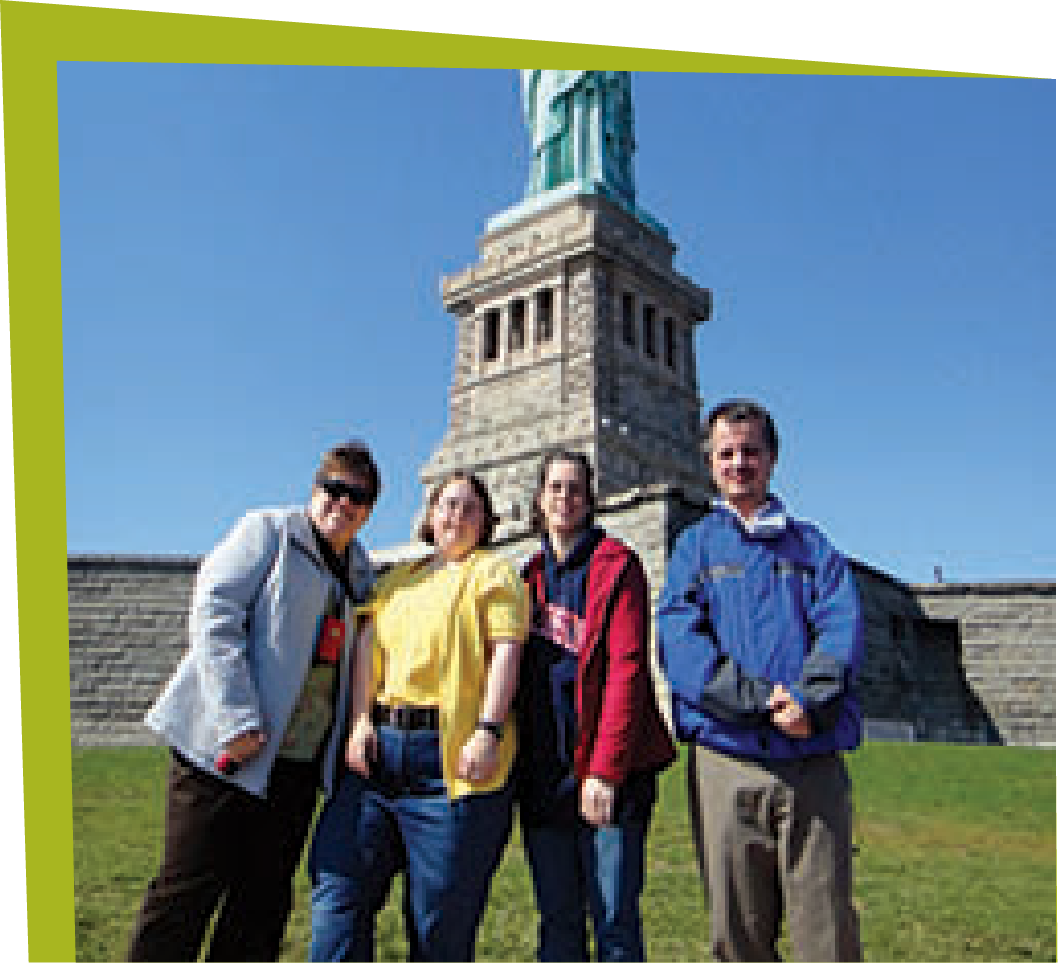 If you love to travel and would like to help others experience the joys of travel, then please join our team!

Volunteers are responsible for supervising the daily operation of the trip to which he/she is assigned. He/she will ensure the trip itinerary runs smooth and efficiently, and with the assistance of other travel team members, oversee the medical, financial, and personal needs of travelers. 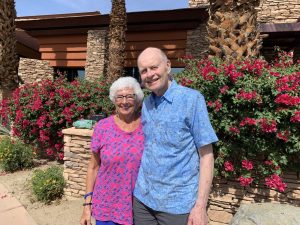 The Andersons say it was Hammer’s former CEO, Tim Nelson, who recruited them as volunteers. Marshall’s son (Dru’s stepson), Michael, lives at Hammer’s Broadway home. Marshall, and Michael’s mother, Mary, moved Michael to Hammer when he was 23 years old. Prior to that, he lived at home with them. Dru and Marshall married in 2000 and she joined him in volunteering for Hammer and the Broadway home.

“It was very exciting for me because I already loved Michael and I loved what I saw going on at Hammer,” Dru says. “Probably one of the reasons I loved Marshall was because I saw how involved he was with Michael.”

Marshall served on the Board of Directors for a number of years, including serving as Board president. Dru has a background in human resources and served on Hammer’s personnel committee. 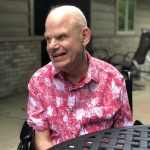 Michael is now 58 years old. Over the years, the Andersons have volunteered in many ways, including helping with fundraising events. “One of the early projects that we got into was the Ralph statues,” says Dru. “We went around and sold them to businesses or anybody who wanted one. They could paint them the way they wanted. It was a big project. We had one in front of our house for years, and then we donated it back to Hammer where it’s been used at various events.”

Marshall and Dru have also enjoyed Hammer’s Family Day picnics. “We were very involved with setting up, serving, working at one of the booths, running the games, whatever was needed,” Dru says. “Those family picnics are some of my favorite memories as volunteers. We always had music, and watching the residents get out there and dance and enjoy it so much and their big smiles—that really kept you wanting to be involved.”

The Anderson family (including Michael’s two sisters) have also helped with fall cleanup. “Our family would all volunteer to work at Broadway home,” Dru says. “We would take bagels and then we would wash the windows, rake leaves, and clean inside the house.”

The couple was also active with James J. Hill Days, helping with activities, selling greeting cards created by individuals served by Hammer, and helping people get to know about Hammer and the work it does. Over the years, the couple also attended Day on the Hill, traveling to the State Capitol to talk with legislators, or calling and sending emails to raise awareness about the needs of people living with developmental disabilities. Other times, Dru volunteered at Hammer’s Central Office to lend an extra set of hands in stuffing envelopes or wherever there was a need for some extra help.

[Before the coronavirus] “There was a time when the staff at Mike’s house would host Christmas parties for the guys and they would invite all the families,” Dru says. “We joined with the other parents and all of us contributed to a meal.” Other times Marshall and Dru take a meal for Michael and his housemates to enjoy. “When we go for a visit, I make sure I take cookies or bars or something like that for the house,” Dru adds.

The Andersons have also started a new holiday tradition. “We wrote a letter to dear family and friends, with whom we used to typically exchange Christmas gifts,” Dru says. “We told them that we were no longer doing that, but that we would contribute extra money to Hammer and we invited them to do the same.”

Marshall and Dru say their new goal is helping as much as they can with Broadway house and donating what they can. “Physically, we are getting older, Dru says. “I am now 80 and Marshall is 86. We can’t give millions of dollars, but we give (millions of) hours of love and encourage other people to do the same.”

What advice do the Andersons have for others who are considering volunteering with Hammer? “I know that with COVID-19 things are so different, but if you can come to an event and see how people interact with one another and how it affects people’s lives, you will fall in love with it,” Dru says. “Seeing the residents out there enjoying life and helping to make opportunities for them to live life to the fullest, it’s a thrill.”

Thank you to Marshall and Dru Anderson for the more than 20 years you have actively volunteered, donated, and given so much of yourselves to Hammer Residences and our Broadway home. Your generosity has made an incredible difference in the lives of those we serve.

Cooks in the Kitchen

Cooks in the Kitchen – A New Volunteer Opportunity to Lend a Helping Hand!

Do you have a small team of friends, family, or coworkers who like to cook and are interested in a fun, quick, and easy volunteer opportunity? We have just the thing for you! Our new Cooks in the Kitchen program is a great way for a small team of volunteers to lend a big helping hand to some of our homes that are particularly short staffed, allowing them to spend more time on personal care for the individuals, rather than cooking.

Most teams have 4 – 6 people in the group. You come into our Hammer kitchen for about two to three hours and prepare two recipes, serving 80 – 100 meals each, that are then delivered to our homes in need. As a thank you, each volunteer receives one of our specially designed Cooks in the Kitchen potholders.

No special culinary skills required! The volunteer team is provided with the recipes and ingredients; after some brief instruction, begins the prep, which can involve browning hamburger, or chopping chicken, along with cutting up lots of veggies. Hammer’s kitchen (on the lower level of the Central Office) is well stocked with all the utensils, tools, and pots and pans that are needed. The meals are cooked in the Hammer kitchen and then divided into large containers, put into special carrying containers, and delivered to the homes.

Here’s what one of our first volunteer teams had to say about Cooks in the Kitchen:

“We’ve done Cooks in the Kitchen three times,” Melissa says. “It’s great for team building and fun to work on doing something completely different. We wanted to start getting out there in the community. We wanted to find a way to give of our time and Hammer makes it easy, and we got to learn more about what they do. The recipes are there, things are ready to go. The whole process is very easy to just step into to help out. We look forward to doing it again.”

Cooks in the Kitchen sessions are held on Tuesdays, at Hammer’s central office, 1909 Wayzata Blvd in Wayzata. Sessions generally start around 9am and most teams are done by 11:30am.

Contact Cathy Thoma at cthoma@hammer.org to schedule your team today!