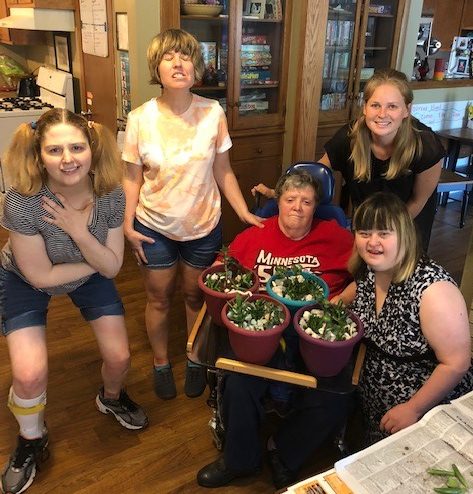 The Sauer Family has been volunteering with the individuals at our Unity home since 2013. Since then, John, Linda and Abby have accrued over 700 hours of service! #LocalLight

It all began when Abby took a service learning class at Benilde-St. Margaret’s. It was there that she learned of Hammer’s volunteer opportunities to support individuals with developmental disabilities.

Volunteering was a component of her class, and she reached out to Hammer to see how she could help. She was quickly matched with the women at Unity who were looking for a volunteer to do arts and crafts with them. Not only did Abby become their volunteer, but she recruited her father, John, to join her. 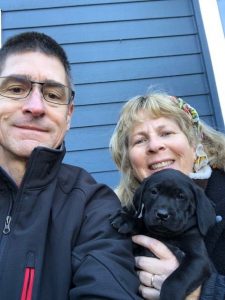 Volunteering with Abby was an opportunity for John to do something fun and positive with Abby, so he agreed to join in. Each Sunday John and Abby would visit the individuals at Unity to make a variety of crafts. Behind the scenes was Linda, who was providing them with many of the crafting ideas.

The semester of service quickly came to a close, but the Sauers had discovered that they enjoyed volunteering so much, they didn’t want it to end. Neither did the women at Unity!

Ever since, one or more of the Sauers will volunteer on Sundays with Barb, Colleen, Elsa and Sadie.

In reality, John says, it is no longer about arts and crafts, but about a real friendship with the individuals at Unity. Besides crafting, the Sauers often attend other functions, like the summer BBQs and the Halloween and Christmas parties, where they get to visit and chat with their friends.

The Unity women had this to say about the Sauers:

“They’re good and fun and they bring treats.”

“They’re fun and helpful when they show us how to do the crafts.”

“I like doing crafts with them and joking with John.”

COVID-19 hasn’t stopped the Sauers from engaging with the individuals at Unity.

Linda made each of the women pillows that the family dropped off a couple weeks ago. Last Sunday the Sauers got chocolate shakes at McDonalds and dropped them at the doorstep at the usual craft time. They were able to wave through the window and door and show them their new puppy, Stella.

Thank you John, Linda and Abby for being such dedicated volunteers. You have truly helped the women at Unity live life to the fullest!

If you want to learn more about volunteer opportunities, visit Hammer.org/volunteer