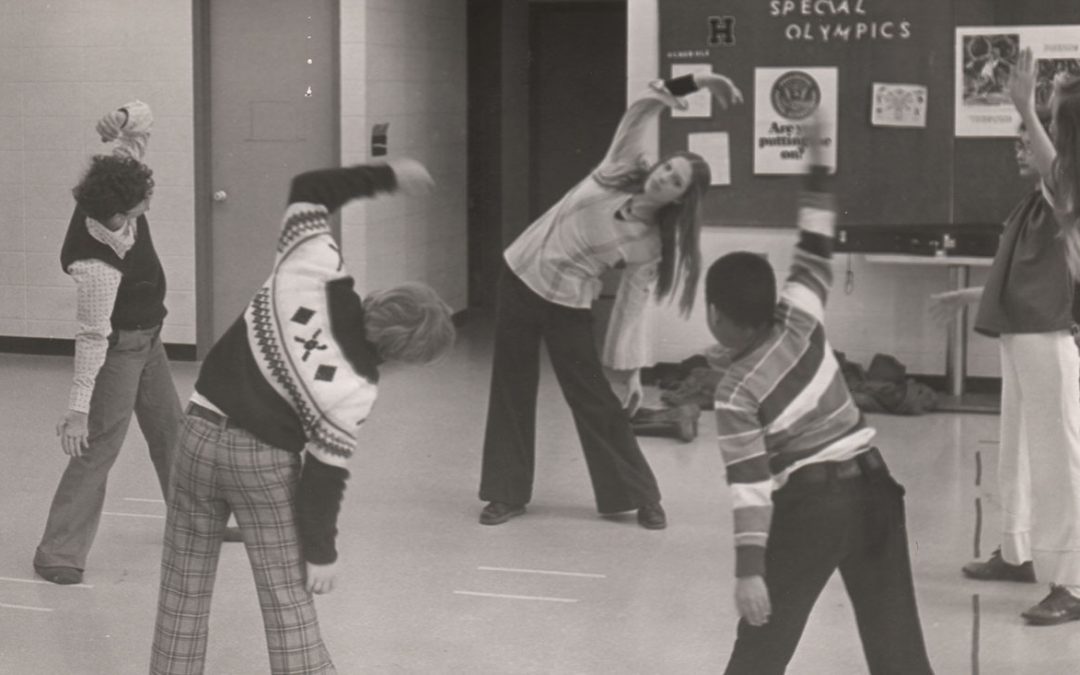 Reading, Writing, and Arithmetic – A History of the Hammer School

By: Samantha Wolf – Hammer Communications Specialist
As families around the country are getting back into the swing of the school year, I found myself contemplating the history of school at Hammer. As many of our readers may know, Hammer Residences began as Hammer School, giving Hammer a rich history in the education sector. Let’s take a look back in time, to what school was like for the individuals Hammer supported before moving into group homes in the community. 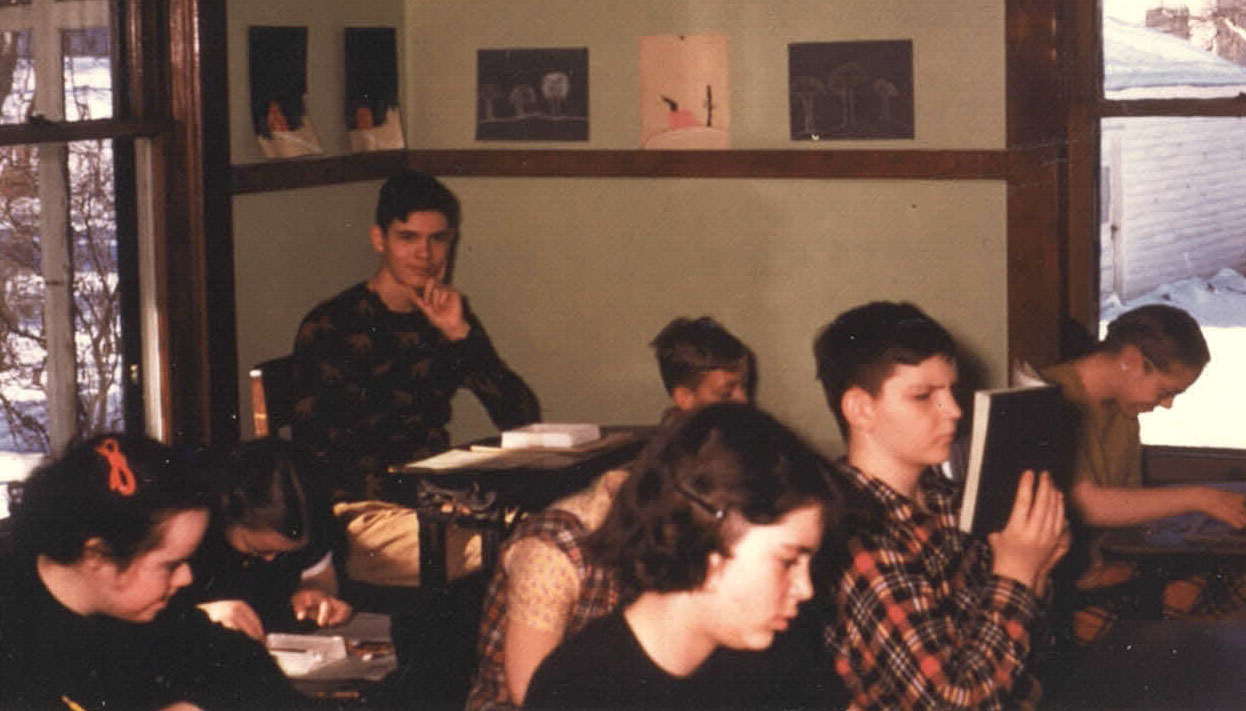 First, a timeline. Hammer School was founded in 1923 by Alvina Hammer, a former nurse at Faribault State Hospital. About a decade later, Evelyn Carlson joined the staff at Hammer. In 1947, she became  the director of Hammer School, and continued her leadership role in the organization for over 30 years. In 1960, the Hammer School became a non-profit corporation. 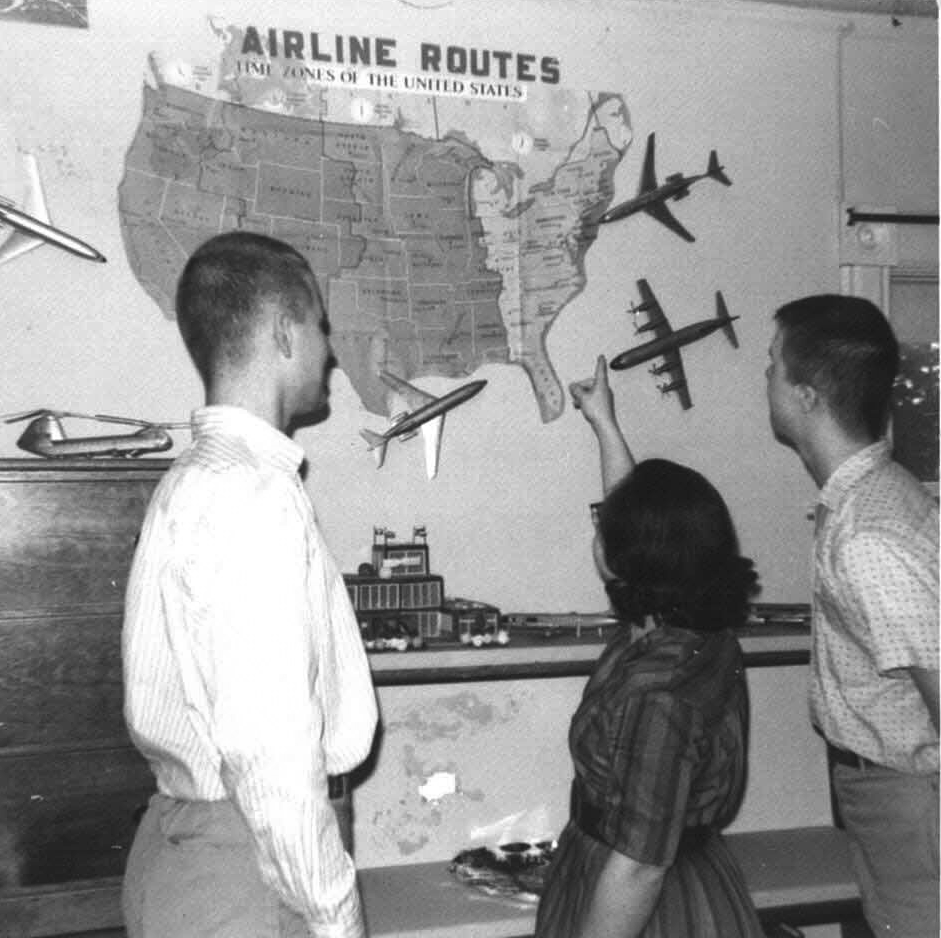 Hammer School became a beacon of hope for families who sent their children there, because at the time, many people with disabilities were institutionalized. This quote from an in-depth article on the Hammer School by the local newspaper Twin Citian paints a picture of the times: “Anyone who has visited a state hospital and seen 40 or 50 children sitting aimlessly in a day room is struck by the purposefulness, the happiness of the children at Hammer.”

Although Hammer is named for our founder, Alvina, it would be disingenuous not to also discuss Evelyn Carlson’s impact and commitment to the school. It was her vision that propelled Hammer into the spotlight as a premier care provider for people with disabilities. She built on what Alvina had begun, hiring more teachers and staff, building more dormitories, and supporting more children. Some of the older people we currently support still remember their days with Ms. Carlson, sharing dinner, chatting, and relishing in her kind spirit.

A typical day at the Hammer School would have been similar to your average expectation of a school day. Students lived in dormitories, so everything they needed was on-site, including meals. Students woke up and ate breakfast, with classes beginning at 9am. After two classes in the morning, they went back to their rooms at 11:30am for a break before lunch. Lunch was from noon to 1pm, and after that classes were taken until 3pm. After the school day was over, students relied on their housemothers for planned activities and leisure time, and everyone ate dinner together family style in the dining hall. 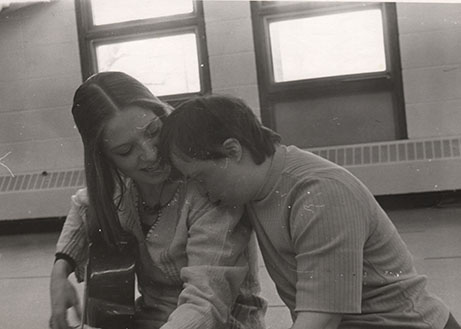 During class time, students were given standard instruction in reading and arithmetic, as well as additional classes such as typing, crafts, weaving, music, and dance. The Hammer School grounds included a greenhouse where individuals grew different types of plants and seedlings, and a large craft room where creativity was encouraged through painting and drawing, weaving, sewing, and other crafts. Both plants and crafts were later sold with the permission of the people who created them, with all proceeds going back into the Hammer School. The school grounds even had a pool on-site, where individuals took swimming lessons and cooled off in the summertime.

Hammer supported anywhere from 40 to 60 people at any given time during the years Evelyn Carlson ran program. With 5 to 7 teachers on duty, class sizes were small enough for instruction to be personalized and adapted to the individual. Additionally, each floor of students was assigned a housemother, who was always available to attend to student needs, lend an ear to listen, or help solve a problem. The foundation of individualized care was being built even at that time, 50 years ago, to make Hammer the person-centered care facility it is today.

As we look to the past 50 years and how far Hammer has come as an organization (we now support over 200 people with our residential services), it is exciting to also look forward and contemplate the future. As with the Hammer School, our current Hammer Residences continues to strive to be at the forefront of disability services. It is exciting to think where our innovation will take us in the next 50 years.