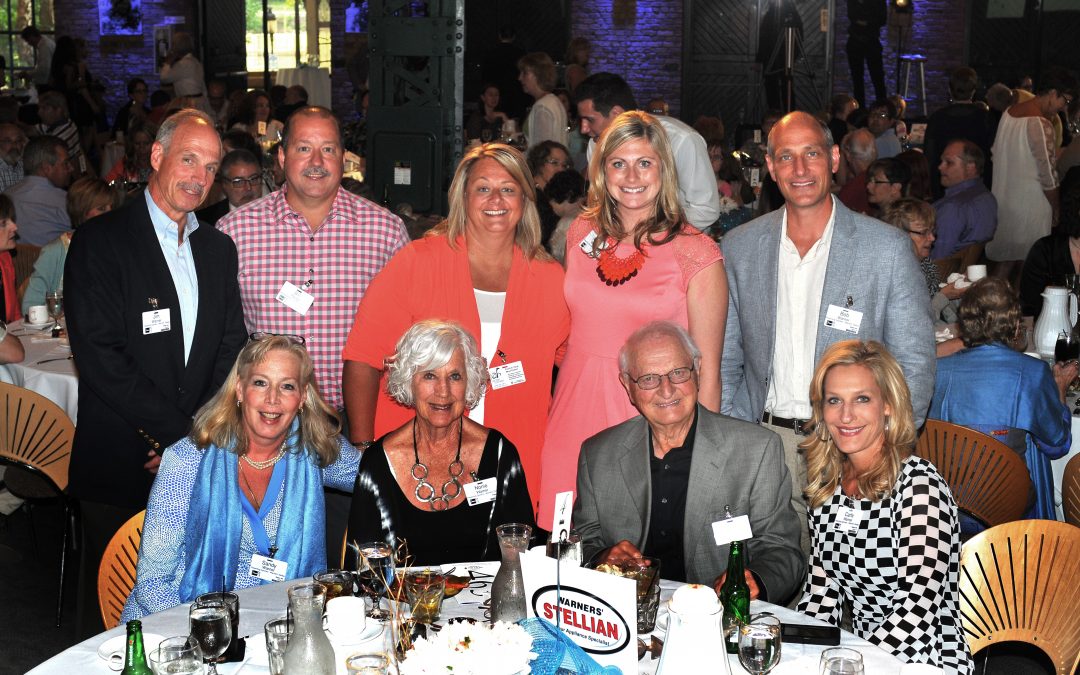 Warners’ Stellian: A Cornerstone of Our Community

“ In 1954, Jim Warner took a sales job at Stellian’s appliance store on Snelling Avenue in St. Paul, Minnesota, owned by Steve and Lillian Farkas (Stellian is the combination of their first names).

After many years as a valued employee, Jim bought the business and added his name to the masthead, also making it plural to include his wife and children. Jim established a solid foundation for success by offering the best products available while ensuring that every customer received exceptional service from sale to delivery.

Those values were passed on to his nine children who now own the company. Today, four Warner family members actively operate the company. Eighteen third-generation Warners also work full-time for the company in sales, operations and marketing.”

At the heart of our history is a very influential man and a wonderful, close-knit family. The Warners support Hammer’s annual Reach for Ralph benefit in honor of our Uncle Jerry Tuckner and the Tuckner family. Jerry’s daughter and our cousin Janet is served by Hammer and has been for over 30 years.

Jerry married our dad’s sister Marie and was always very close to our family. After Dad returned from the Korean War, he convinced Jerry to take a job at Stellian Appliance as a bookkeeper in 1954. Seventeen years later, it was Jerry’s turn to do the advising. He convinced our dad to resign from Stellian because of his gut feeling that Dad would receive an offer to buy the business from the owner who was no longer very engaged with the business. His intuition was right: he bought the company in 1971.

The Warners uphold a deep sense of gratitude to Jerry for his commitment and leadership. The Tuckner family has always been close to us and opened their home to us so often through the years. We spent many summers at the Tuckner pool growing up – and that included Janet. Janet was right there alongside the rest of us, always sharing her great wit, pleasant disposition and wicked sense of humor.

We are aware of the quality of service provided by Hammer and we appreciate that it’s been such a great home to Janet. We’re grateful that Hammer has been able to stay healthy and continue serving its residents for 90 years.

At Warners’ Stellian, our family’s mission is rooted in faith, family and fundamentals – in that order. We operate under the belief that sharing our blessings and gifts to nonprofits we believe in feels like a gift back to us.

While we work hard and are passionate about serving our customers, we’re not just about business – balance is important in our lives. Four generations of our family lives in the Twin Cities. We love sports, spending time at “the lake,” Grandpa’s jokes and most of all, each other. We hope our support helps Hammer continue its important work.