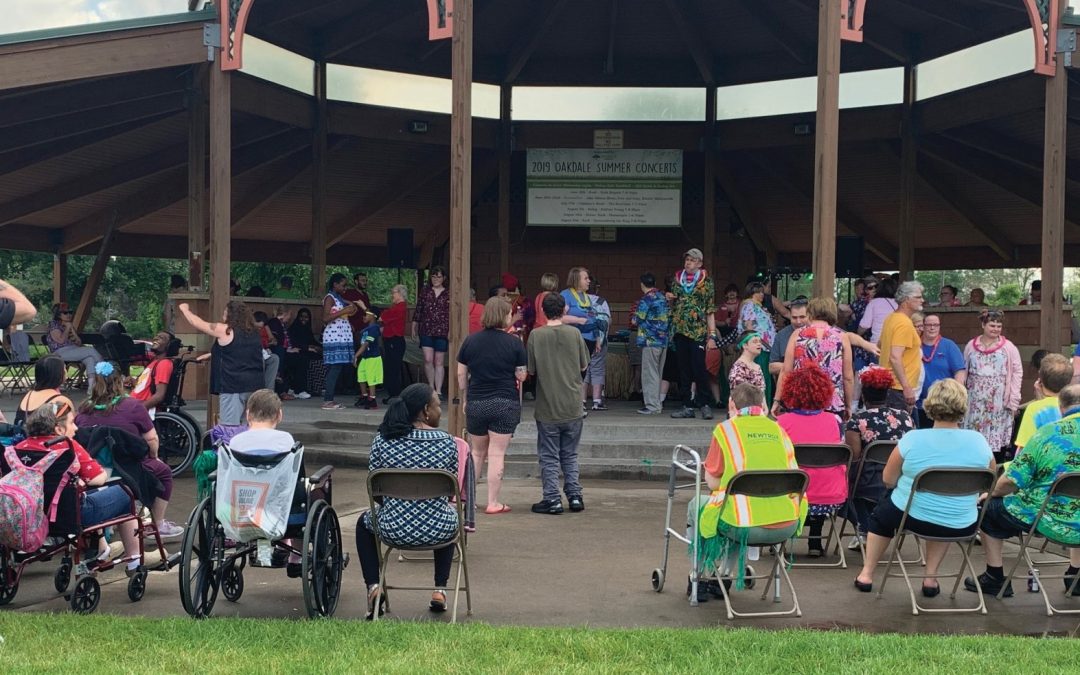 Bringing Back a Much-Loved Tradition

Here’s a look back on a fun event from last summer when temps were warm, and days were sunny. It was a great opportunity for our west metro and east metro families and staff to get to know one another a bit. A BIG thanks to all of the staff and volunteers who made it happen!

For nearly 20 years, the NER Luau has been a much-anticipated source of “can’t-wait-for-it-to-get here” excitement for staff and the people they serve. While it originally began as a Hale home event, it has greatly expanded over the years.

In 2003, Sondra Hampton was the Program Manager of the Hale home. “We wanted to host a picnic for the people we served and their families,” she says. The first year, the staff organized a BBQ at Richard Walton Park in Oakdale. It wasn’t long before families and their loved ones from several of the NER homes were also invited to attend. It was a great way for people to make friends among the homes. 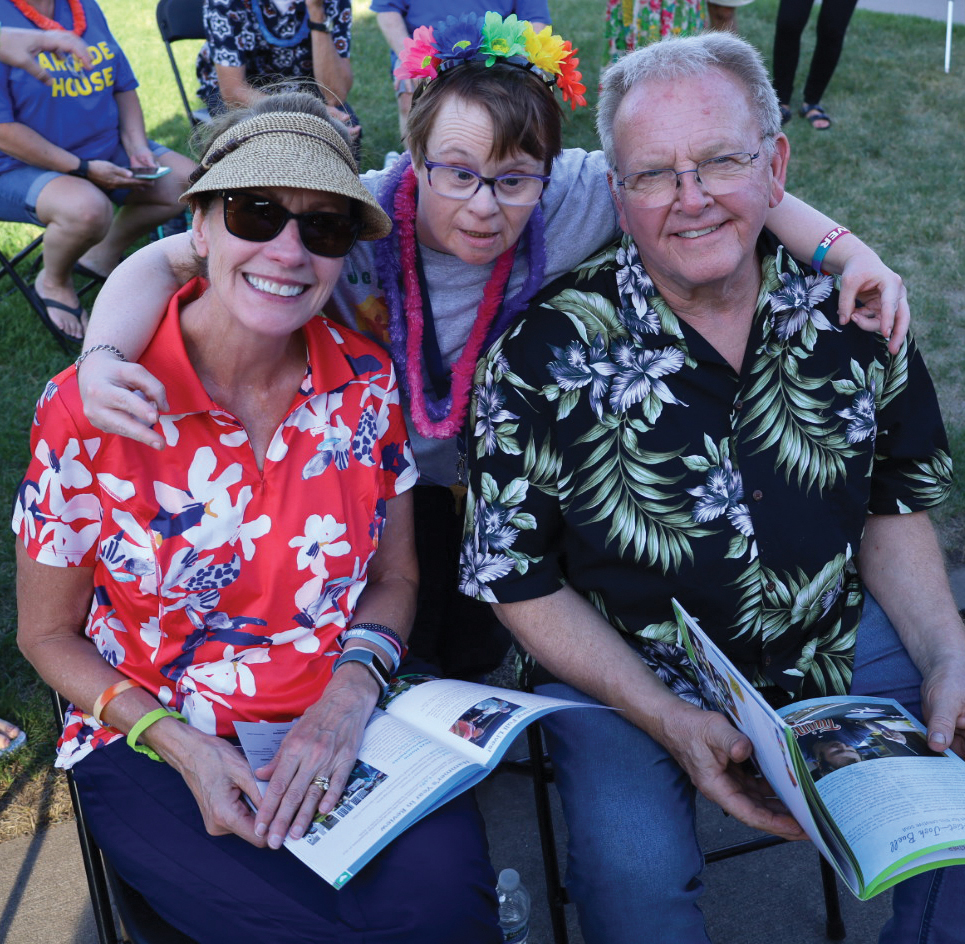 These three greatly enjoyed the luau!

Michelle Hartmann joined the Hale home staff in 2008 and adopted the annual luau when Sondra moved on to her next position. “Over the years we’ve made a few changes,” Michelle says, “like not making homemade potato salad for hundreds of people. It was a lot of work, so we started getting stuff pre-made and using caterers.”

Sondra agrees. “In the early years, we had more staff and could all sit and chop for hours. It was insane. I was young back then,” she says.

The luaus had to be canceled in 2020 and 2021 (due to COVID-19), which was disappointing for everyone. “We never canceled before,” Michelle says. “It was important to get the luaus back for them.” 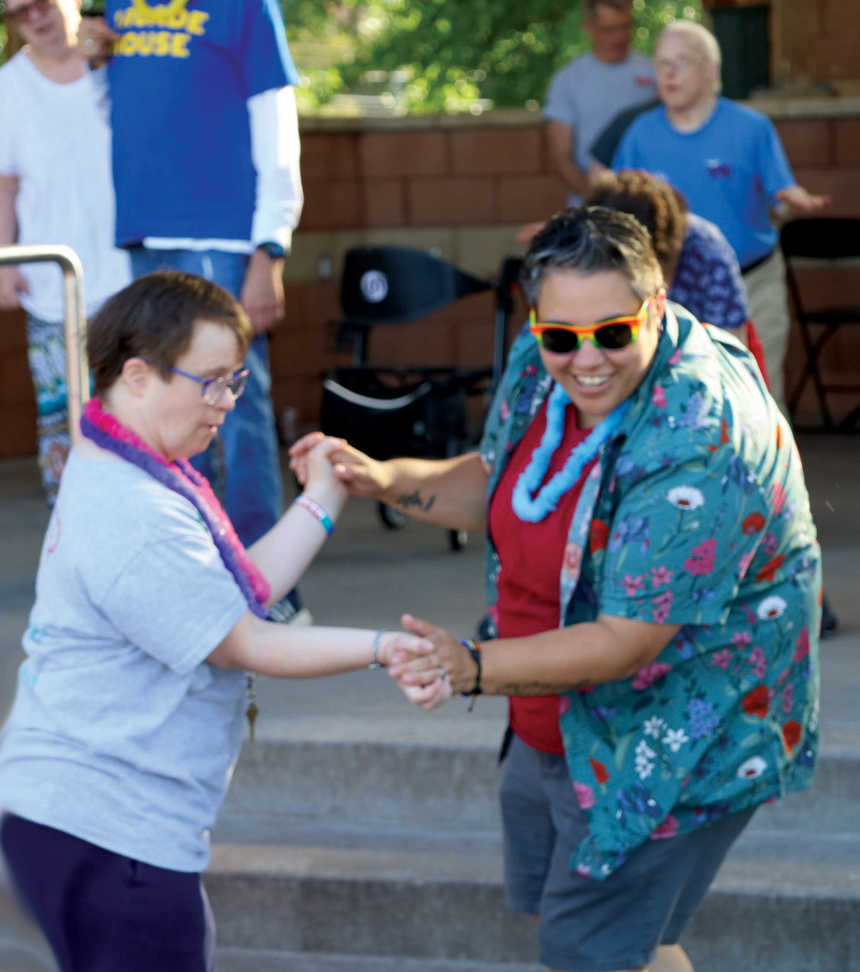 The day was filled with great music, food, and fun.

This summer, NER and Hammer happily hosted the first luau since 2019. Nearly 300 family members and their loved ones, along with staff and volunteers came together for the event. “Some of the newer people who hadn’t experienced it were impressed that we’re doing this for their families,” Sondra says.

“The people from Hammer really stepped up,” Michelle says. “They did the invites and found volunteers for a serving line. A daughter from one of the (west metro) Hammer families helped dish out food. That was awesome to see.”

After nearly 20 years, the basics of the luau continue. “We have great food, games and prizes, a photography booth, and we still use the same DJ,” Michelle says. “He knows what people like and gets them out on the floor. We need to get back to people wearing the luau clothes, though–Hawaiian shirts and grass skirts. Regardless, it’s a great time. The families look forward to it. It’s important for them to see us come together to do this for their children.”