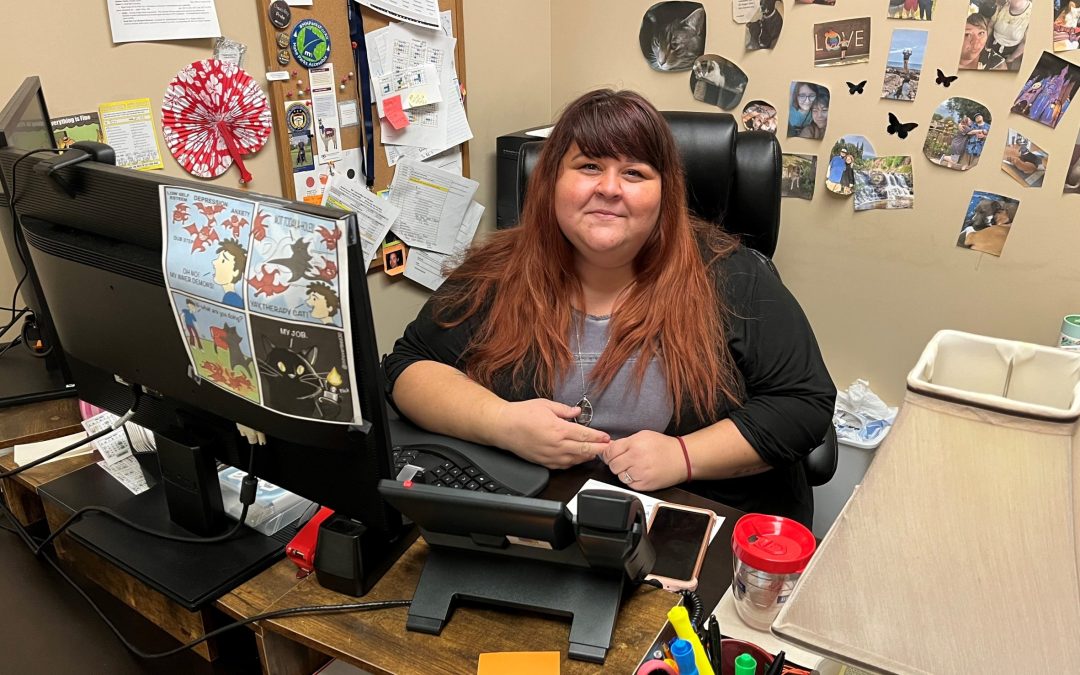 If you or someone you know is interested in developing a career (not just a job) supporting people with disabilities, then Teri Lutzke would like to talk with you!

Teri Lutzke joined our east metro Human Resources team as a Recruiter a few months ago. She brings with her a special passion for her work as her brother, Brad, was a special needs child who passed away at the age of 7. “I’ve always felt that I wanted to honor him and help others,” Teri says. “My mom worked at a group home in Coon Rapids. After high school, I started working part time for the same company. I got to see sparks of Brad in others I took care of. It made me feel like he was around.”

Over the years, Teri held a variety of jobs both in and out of the direct care field. Unfortunately, a back injury meant she could no longer do direct care. “I decided that human resources is a role that’s needed no matter where you go in the country,” Teri says. She went to college and earned a degree in human resources (HR). “I did human resources work for a machine shop, but the passion wasn’t there. I wasn’t satisfied.” Then she saw an ad on Indeed for Northeast Residence (now Hammer & NER) which provides housing and supportive services to people with intellectual and other disabilities in the east metro. “I knew about the company and applied. The interview went great, and I was offered the job!” Teri began her new role in July 2022.

“I’m really happy to be doing what I set out to do: working with a company that helps people with disabilities live their best lives,” Teri says. “I wanted to be in HR and walked into it with open arms.”

What is her approach to recruiting during a staffing shortage that affects so many businesses? “When I go to a job fair, I don’t go with hopes of bringing in tons of people,” Teri says. “Those days are gone. People are looking at websites, but if they don’t know we exist, they’re not going to go to our website. I try to get our name out there, especially in areas where we’re not well known. And there are people who aren’t looking for a job right now, but if I can get them to take a mug or my business card or something else with our name on it, then our name will be in front of them when they’re ready. I also place ads on Indeed,” she says. “That’s one of the go-to places when you’re looking for a job.” 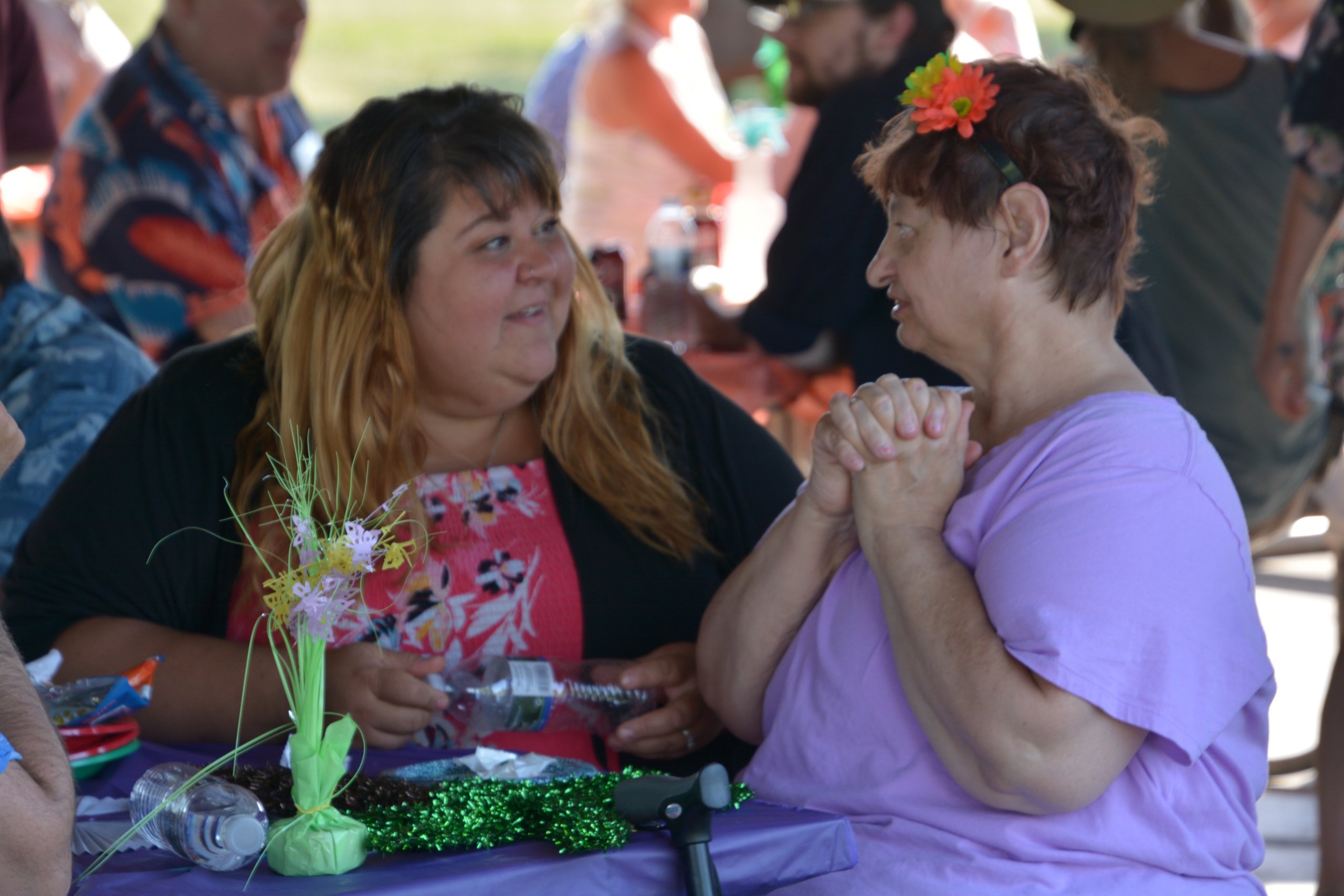 Teri had a great time interacting with the people we serve at our summer luau.

Teri says applicants want to know how big our group homes are (how many people live at the home). “Four is a magical number,” she says. “If you’re understaffed, which happens quite a bit, 4:1 is a good ratio.” What does she say to applicants who have never done direct care work and may be nervous about it? “For people who are new, I tell them, ‘You may have kids, or helped others, you’re literally doing the same thing (providing personal care), but now it’s just for someone else.’” Teri pauses for a moment. “It’s humbling to have someone new do personal cares for you. The first time both of you may feel awkward, but then you realize it’s something they need; they need to be helped to live. If you think about it, we are all an accident or injury away from needing help.”

Teri thinks about her brother, Brad, who passed away at such a young age. “This is the kind of group home my parents would have wanted for him,” she says, had he lived to adulthood. “It’s easy for me to talk about the company to other people. We really care about the people we support as well as our staff. We want to be sure staff don’t get burned out which is always a concern, especially during a staffing shortage. There are so many positives that come with this company; you will be taken care of. It makes it easy to have a positive conversation with someone. This is really a great company in all aspects.”

Want to learn more about opportunities available in our east metro homes? Visit Hammer.org/careers/ Be sure to check back frequently!