Frank Palony has Spent a Lifetime in Our Care
By Lin Curran, Chief of East Metro Operations 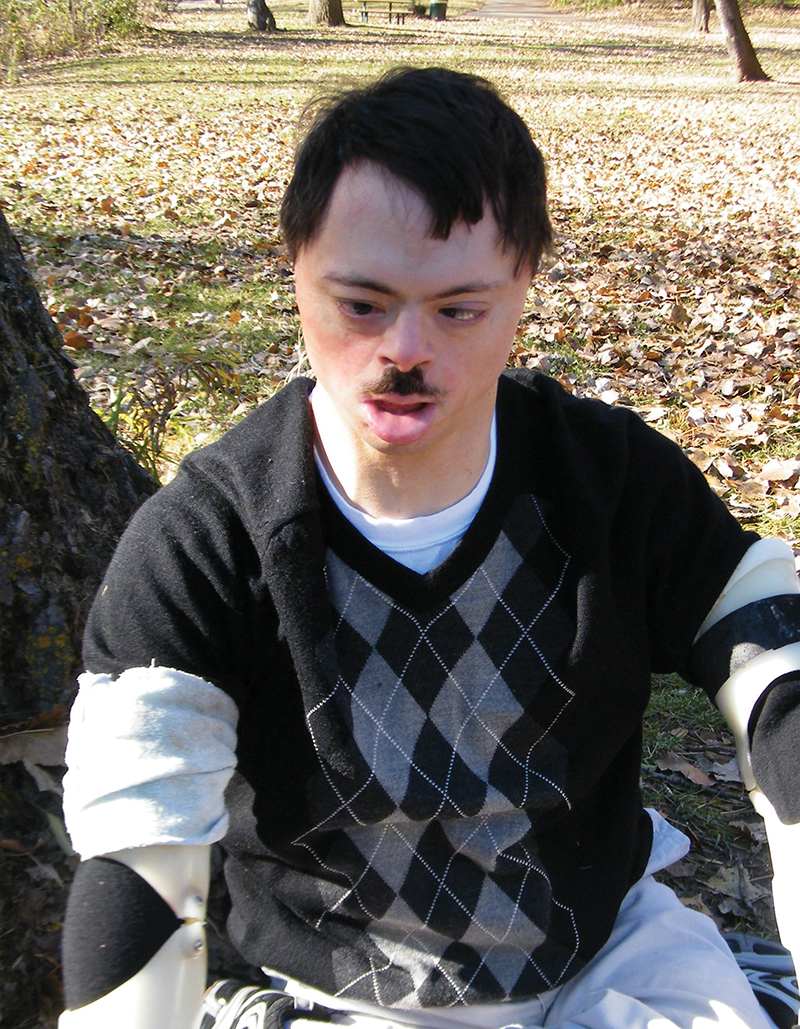 Frank has been a part of our east metro (NER) family for most of his life.

Frank has been a member of our (east metro) NER family most of his life, going back to 1975 when he was 8 years old and moved into our ICF home. This was just two years after Northeast Residence opened its doors in what was a former convent in downtown White Bear Lake. There were eight other people in the home at the time. Frank is one of the original people we’ve cared for. He is also the first person I worked with when I came to NER 35 years ago.

Frank has Down syndrome and has always had poor eyesight and other health issues. He is also nonverbal. Frank has been self-injurious since I have known him. He would thump his temples with his knuckles—so much so that he could create deep sores on his temples and the knuckles of his fingers would become infected quite often. We would sit with him (sometimes two of us on stressful days for him) to soothe him while also putting our hand between his knuckles and temple. Gradually, magazines were placed on his arms so that he could not bend them, slowing him down from self-harming. Eventually, professional arm splints were created to prevent him from seriously harming himself. Later, we put red boxing gloves on his hands and slowly transitioned him to a glove with fingers and then to biker gloves, the fingerless ones, which allow for range of motion.

Frank has always loved holding soft sensory items. I think it fills a sensory need, so he doesn’t hurt himself. He also loves chocolate milk. When he was younger, Frank would take staff by the hand and walk to the kitchen. He would get the milk out of the refrigerator and then stand in front of the cupboard and stomp his foot, which communicated he wanted his Nesquik (had to be chocolate). He would drink the entire glass in one or two gulps. This typically would be followed by a screech of pure joy and a huge smile.

When my daughter, Brion, was little, I’d bring Frank to my house, and he’d help push her in the stroller when we went for walks. One time, when we were still in the convent, I took him for a walk, and it was around rush hour. On our way back (next to Hwy 61), Frank decided to sit down on the sidewalk, and we simply watched traffic for about an hour before he got back up and we walked the two blocks back to the convent. (By the way, Brion has worked at NER for 20 years!)

In the early ’90s, we moved all nine people out of the convent and into a large home in White Bear Lake. Then, Frank moved into a four-person waivered home with three peers from the ICF and later to the Currie home in 2016. Frank was still very mobile but slowing down. However, his eyesight gradually became much worse, which may have contributed to him not wanting to move or walk around. In fact, Frank was becoming more homebound and wasn’t walking a lot.

Several months ago, Frank ended up in the hospital and doctors found a blood clot. He was put on medication and was also deemed nonmobile by his doctor. After he was discharged, Frank would express pain when staff transferred him from his wheelchair to the sofa, toilet, bed, etc. Helping someone transfer when you’re down to one staff person in the home can be difficult when you also have three other people to care for. But this is the reality of the ongoing staffing shortages. 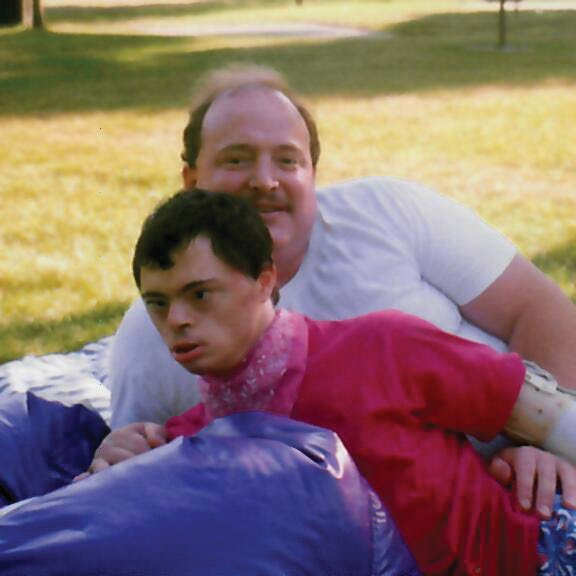 Frank with one of his former caregivers, Rich.

Eventually, Frank wouldn’t transfer to the toilet so would just soil his briefs and staff would then need to transfer him to his bed to change and clean him but that was also painful for Frank. One of our nurses, Brandi, and Megan, Currie’s Program Director, discussed trying physical therapy to strengthen Frank’s leg muscles, making it less painful for him to stand and do pivot transfers. Thankfully, after about six weeks of physical therapy, Frank was able to stand up from a seated position and walk to nearby rooms simply by holding the hand of a staff person. His mood was also improving. Frank’s doctor discontinued the medication as she is no longer concerned about future blood clots at this time.

By September, Frank was walking a lot more throughout the day with staff assistance. He enjoys sitting in front of the window when the sun is shining to feel the warmth on his face or going out on the deck. We are so glad Frank is a member of our NER family. Our goal is to do everything we can to keep him with us as he ages, and his needs continue to grow. After all, Frank is an original and we love him.