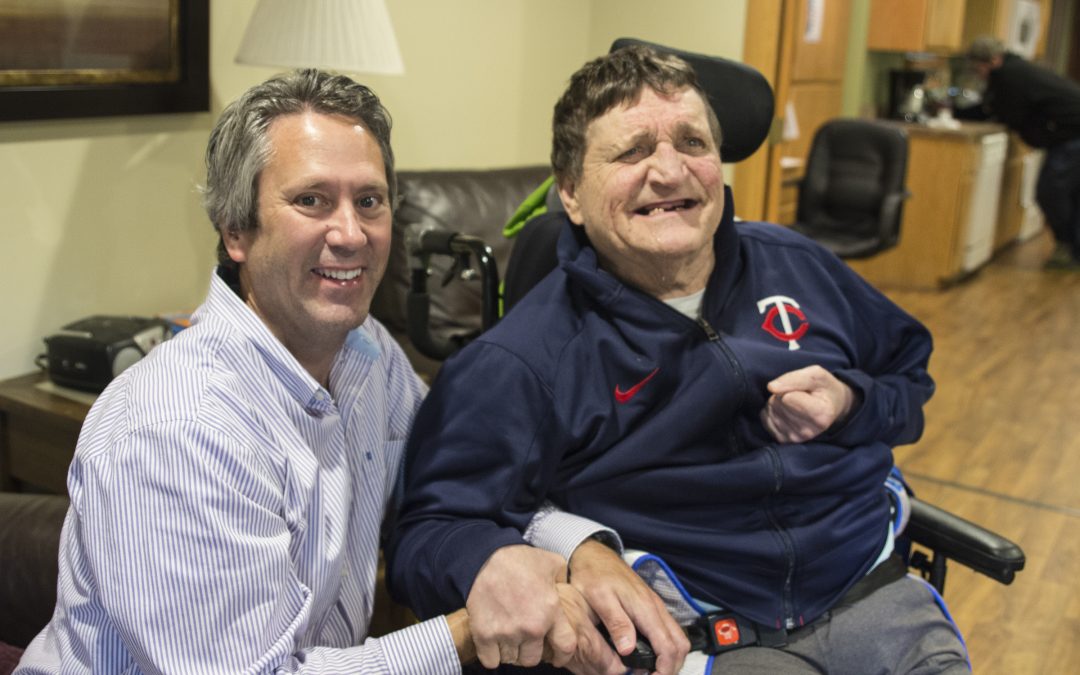 My Hammer Story & Why I Give Back

Dan Bottiger is Director of Information Systems for Hammer Residences and our sister organization, Northeast Residence. Dan got his start at Hammer working part time while in high school. His 32-year Hammerversary is coming up, so we decided to talk with him about his Hammer experience.

How were you first introduced to Hammer?

Dan: When I was in high school, my mom was a nurse at Hammer. We would go to events together at the original Cedarwood home and the original Tyler group home. Way back. I knew a lot about Hammer and the Tyler home growing up.

What prompted you to apply for a job at Hammer?

Dan: I had just graduated from St. John’s and wanted to be a history teacher. But after doing some student teaching, I decided that was the one thing I didn’t want to do. My mom suggested that until I figured out what I wanted to do maybe I should work at Hammer. I had worked as a nurse’s aide/orderly through high school and college. I applied and began working at the Tyler home as a DSP, and I just never left. After about two years, I moved to the Kentucky home for about a year until Hammer realigned some positions and I went back to Tyler. It was a cool place to be with a fun group of staff—it didn’t seem like work and was a really good experience. A new resident, Dale, moved in. He really liked the Twins, so we would go to games together. 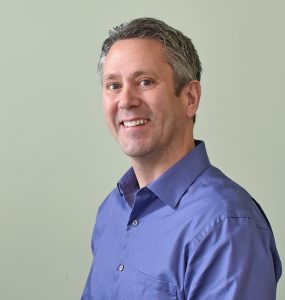 Describe your journey from working at one of our programs to moving into the Information Systems (IS) department.

Dan: Back when the network was getting set up at Hammer, our original IS Director, James Carpenter, heard I was a fan of technology and reached out to ask if I wanted to help out. He made it really interesting and was good to work with. James was a people-first kind of guy and would start out each day with a story or ask how I was. He always asked people for their opinions.

I continued to work at the Tyler home while helping James build a new network (a dual role). I took classes on networking and servers. It gave me a really good foundation. When James became ill with cancer, I moved into IS full time. Unfortunately, he passed away really young. His twin sister, Virginia, still works here and I get to see her every now and again.

James taught me to always do what you can and when it comes to heavy lifting, rely on the right people to support you. The team we’ve built here does a really good job of managing the day to day and cares about getting it right the first time.

I understand Dale still resides at our Tyler home and you still see him.

Dan: Even though it’s been over two decades since I worked at Tyler, I still get to take Dale to Twins’ games. I’ve always liked hanging out with him. Although he doesn’t speak, he’s so much fun—we just hang out like friends. With Dale, it’s not just about what’s going on with the game, he’s tuned into what’s going on around him, the sights, the smells—he gets really expressive and excited. If there’s not much going on with the game, we’ll walk around the concourse and people watch.

On a side note, you met your wife at Hammer.

Dan: Yeah, Kate was working in the scheduling office. I would see her at different Hammer events. We both volunteered at a Timberwolves game for one of the silent auctions that benefitted Hammer. We spent the evening together answering people’s questions about Hammer. We’ve been married just over 22 years. Kate now works for another company supporting people with disabilities. Over the years, as a family, we’ve helped out with serving Thanksgiving dinner at the Tyler home. It’s always been such a sense of community of people coming together.

Hammer has done a lot for me and my family. The mission is so incredible and the flexibility that Hammer has given me and the opportunities to grow in my job—they got me to a really good place. Everyone is invested in the day to day.

What keeps you at Hammer?

Dan: There are a lot of families working at Hammer (and our sister organization, Northeast Residence in the east metro). Although we’ve really grown, it’s really a community. At Hammer, that’s how we think of it. We’re spread across multiple counties in the metro area with 600 staff, but it’s still always people first. I don’t know a better place to be.

You also regularly donate back to Hammer.

Dan: The reason we donate is that Hammer is such a great place to be and work. Our mission is lived by everyone I come across in my job — making sure that the people we support live the best possible life.