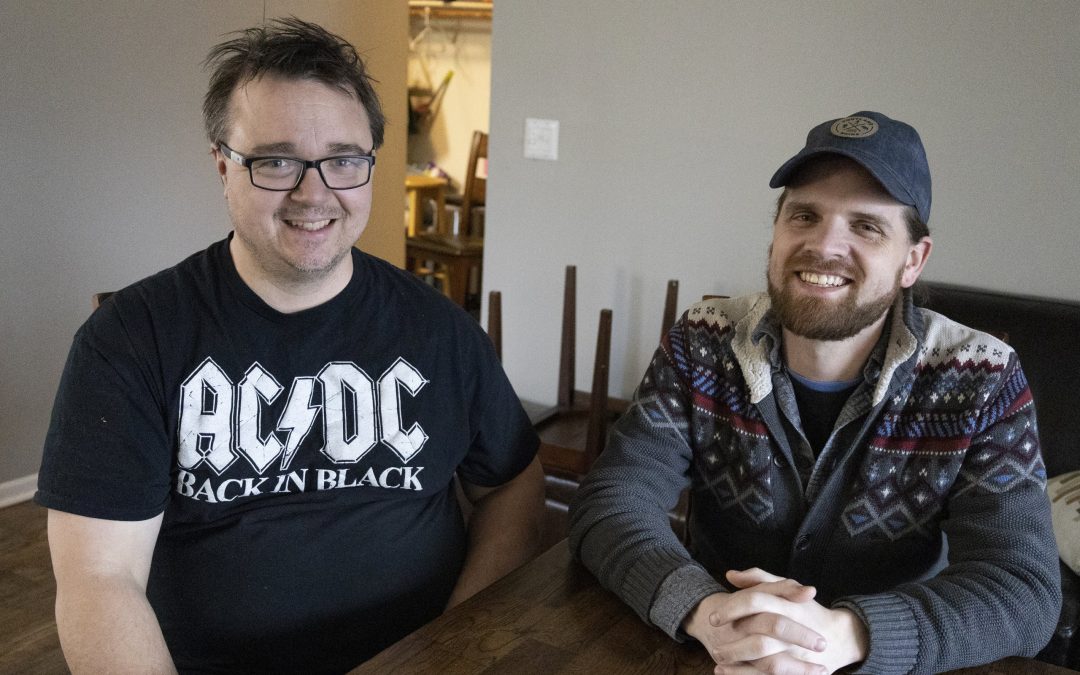 Meet one of our terrific volunteers!

John gives Andy guitar lessons and they enjoy “jamming” together. 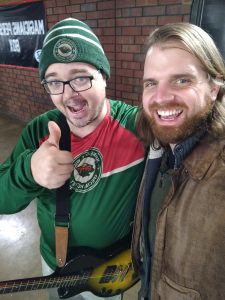 Andy (left) loves hanging out with his music mentor, John.

One evening, John Hanson was searching the internet for volunteer opportunities and stumbled across opportunities at Hammer through the HandsOn Twin Cities website. He saw a posting that read, guitar instructor needed. “I thought, if I can volunteer and play guitar—that sounds awesome!” That’s how he met Andy. 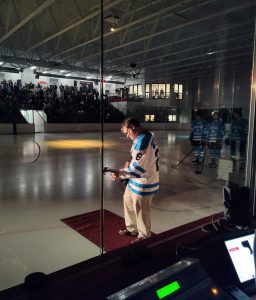 Andy’s dream was to play in a stadium–and he’s doing it!

John has been giving Andy guitar lessons since September 2018. “We meet every other week,” John says. “We’ve been doing more fundamental stuff and we usually have a song we want to learn.” John has also been teaching Andy how to jam. “We’ll be in a certain scale, and I’ll say ‘okay, you can play all of these notes and I’ll play some chords underneath it.’” Andy likes rock and roll. “We end every lesson with Twisted Sister’s We’re Not Gonna Take It,” John says. “I play the chords and Andy knows the solo. We always like to end the lesson on a good note.”

John says Andy’s long-time dream was to play the Star-Spangled Banner at a stadium. “It was all his idea,” John says. “We worked on it for almost a year. He sent out a video to try to get a gig playing the national anthem before a hockey game and people responded. I was really impressed. That’s a big dream.” So far, Andy has played the Star-Spangled Banner three times at junior league hockey games—twice for the Minnesota Magicians and once for the Minnesota Blue Ox. “The first time he played was for a charity event between former Wild and Gopher players!” John says. “All of them were awesome!”

What advice does John have for others who are thinking about volunteering at Hammer? “Go for it,” he says. “It’s very rewarding. There’s a sense of accomplishment and pride that comes along with it. You know you’re making a difference. The fact that you can bring some joy into that person’s life is so rewarding.”