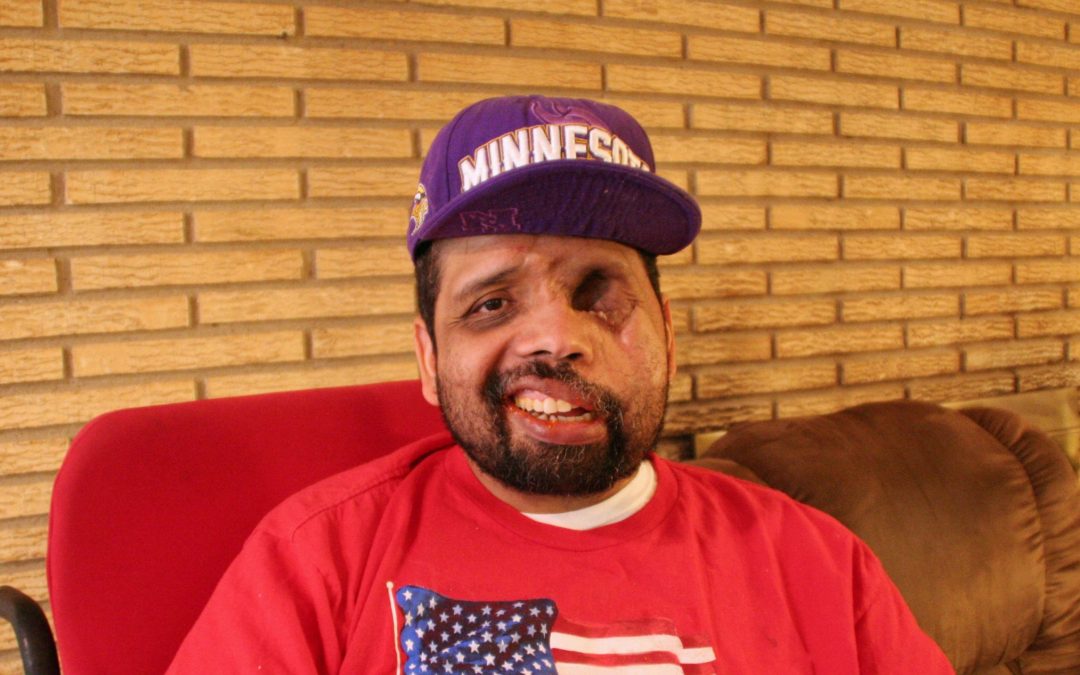 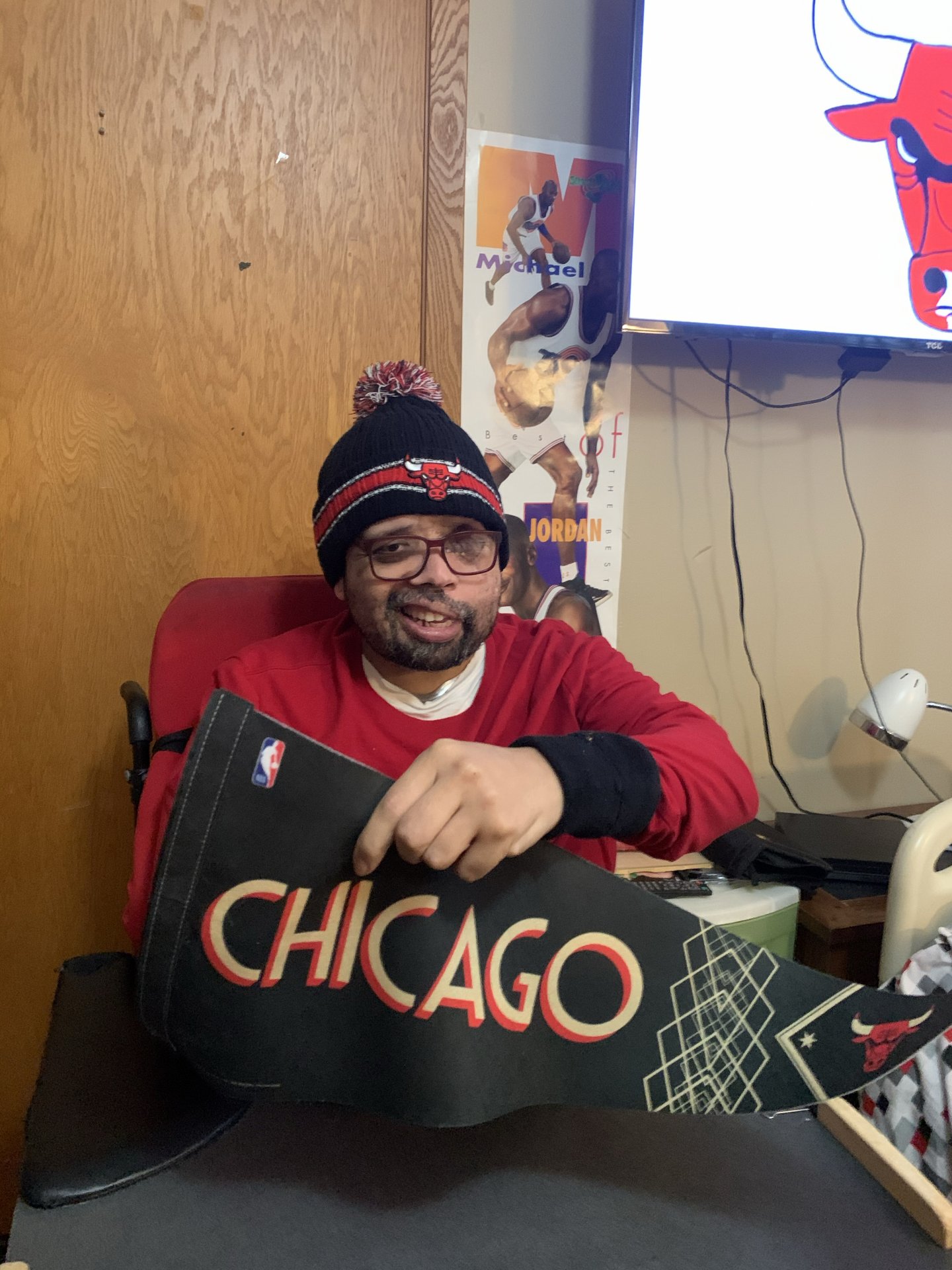 The Quality of Life Fund is used to enhance the lives of those served by Hammer. Oftentimes it’s for something big, like medical needs not covered by insurance, and sometimes small but necessary things like a new pair of walking shoes. And sometimes, it’s used to brighten someone’s day.

Gabe lives in a Hammer group home. Born in Chicago, he idolized the Chicago Bulls growing up and was one of their biggest fans. Gabe was in an accident when he was in his 20’s, and although he doesn’t remember much from his time before the accident, the one thing he does remember and continues to preach about to this day is his love for sports, especially the Chicago Bulls.

To make Gabe’s birthday during COVID a little more special and fun, his house manager, Malik Mohamud, worked with Hammer’s Community Life Department to arrange for a birthday shout out from a member of the Chicago Bulls.

Using $100 in funds donated to Hammer’s Quality of Life Fund, a personalized video message was requested on Cameo, a company that connects celebrities to their fans. The heartfelt birthday message from Ron Harper, the former shooting guard who won three NBA titles with the Chicago Bulls, playing alongside Michael Jordan, Scottie Pippen and Dennis Rodman, was a huge surprise to Gabe.

“Gabe’s entire face lit up when he heard Ron Harper’s voice and he continued watching the clip the entire day. It brought him back to his time before the accident and he will always cherish those memories. The fact that at Hammer we have the resources available to make someone’s day so special is amazing,” says Malik. “Thank you to everyone who made Gabe’s day so magical!”