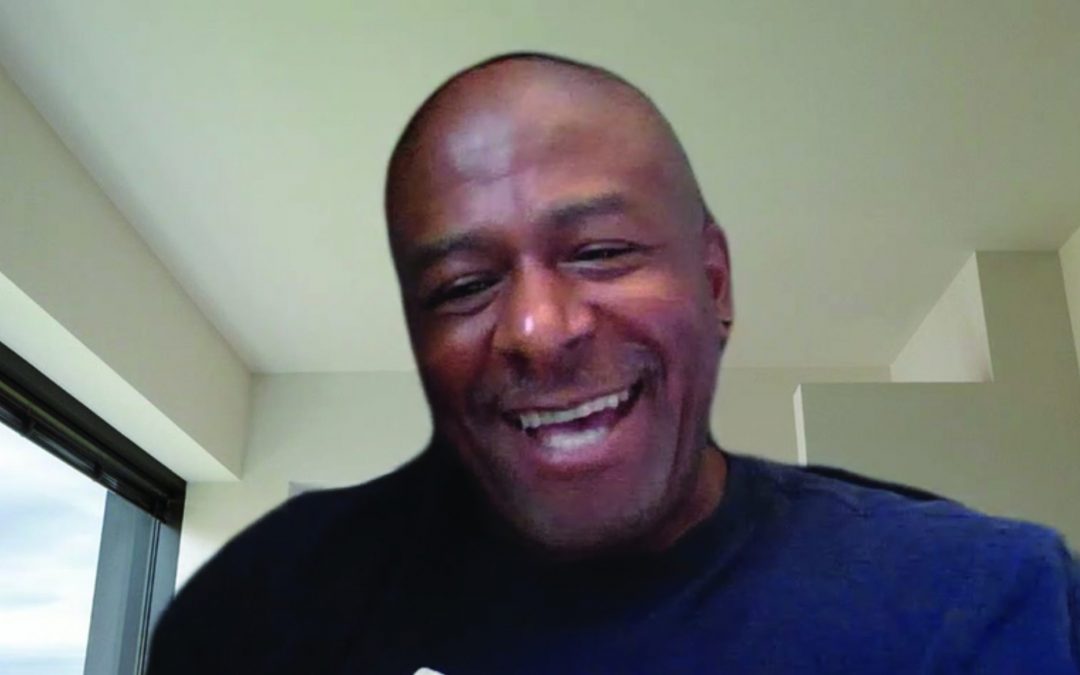 It’s All About Relationships

My journey to Hammer started over 29 years ago, when I moved to Minnesota from Louisiana with the plan of getting a job at Hazelden. My background is in chemical dependency treatment, and I thought I would continue on that path in Minnesota. When I first got to Minnesota, I took a job as a DSP at Hammer “temporarily” working at one of our group homes, then named Dublin (which today is Hammer’s Ridgeview home).

Like all best laid plans, as I started doing the work, I found it was a natural fit for me and I continued to stay and work at Hammer. I knew early on that I had found my place and Hammer was the spot for me. I never really planned on staying for 29 years, but it’s been great. I especially like the culture. 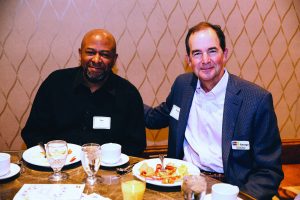 Ken and former Board Member, George Daum, at Hammer’s Spring Breakfast in 2019.

The reason I do this work is I enjoy the challenge of figuring out what is behind the behaviors of individuals and figuring out why they are reacting in a certain way. It usually is a communication issue, so I try to find a solution that works for everyone. It is gratifying to see each individual’s progress and to see them gain confidence with their success.

Fast forward and the next opportunity opened at a new Hammer transitional home, that today is called Hampshire. This is where I spent the bulk of my years as a program manager. I truly enjoyed working with the individuals and families who were supported there, and through the years saw so much growth in the guys. It’s been very rewarding. 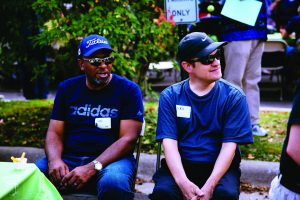 There did come a point where the guys had grown and matured and that they did not need as much support. I credit their progress to three main things: consistency, honesty, and trust. This has been a great accomplishment over the years, seeing the guys not need as much support, watching the behaviors subside, and things fall into place for them. Life was good.

Then in 2016, a director position opened up at Hammer and one of my colleagues thought I would be great. She strongly encouraged me to apply. I had to do a great deal of soul searching, because it was really hard to leave the guys at Hampshire. The biggest thing that kept me from applying was leaving the guys at Hampshire, because my heart was in supporting them.

I was going back and forth on whether to apply or not. Then, my wife gave me some insight that helped me decide. She said, “Ken, you would not even be considering applying for the director job if you didn’t think the guys were ready. You are just having a hard time letting go of them. The guys will be fine.”

She knows me really well and that I would never leave a job half done. Her piece of advice made me realize that the guys would be fine if I did move on, so I applied, was offered the position, and accepted. It has been very rewarding.

Throughout my years at Hammer, I have gotten to know and worked with many wonderful families and individuals, so it would be hard to mention just one. My greatest accomplishment is making sure each person feels validated and important because for me, it will always be about the relationships.