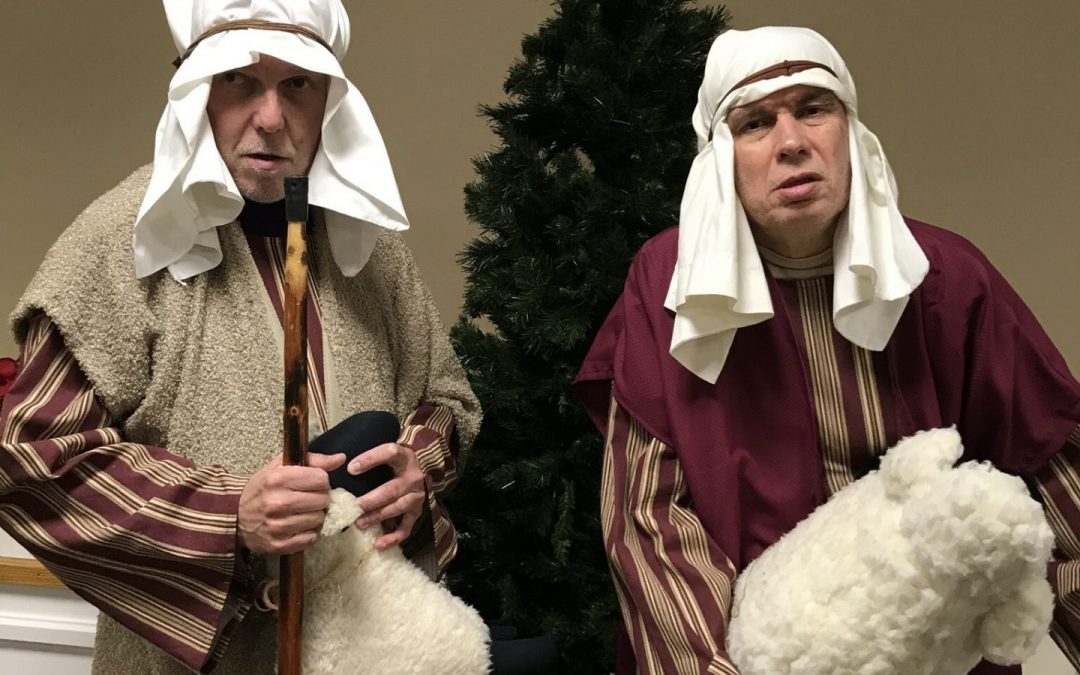 No Angel Left Behind…or Shepherd for that Matter! 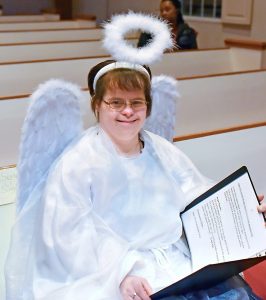 Every year Christ For People has a Christmas pageant unlike any pageant you have seen. It is not like the typical Christmas program with a couple of angels and a few shepherds along with the rest of the cast. This program has a heavenly host of angels and probably more shepherds than were in the entire Roman Empire at the time!

If you want to be in this pageant, just show up, say the word and you will be in it. Nobody is excluded, everybody is included. The night of the affair there are two rooms filled with costumes and props. To the right go the shepherds, to the left go the angels. Each room has several volunteers helping the participants choose a costume and accessories. A steady stream of potential angels and shepherds go in the dressing room wearing their street clothes, and come out dressed for the part.

During the program the stage is filled with angels and shepherds, spilling over into the aisle, and everyone is enjoying their time in the spotlight. There is also plenty of music and Christmas songs, some solo performances and a reading of the story of the birth of Jesus.

What impresses me the very most and brings me great joy, is the crowd of angels and shepherds experiencing being up on the stage and dressed for the part.  What a wonderful lesson on inclusion, and demonstration of the spirit of the Christmas season.

The Christmas Pageant is sponsored by Christ for People with Developmental Disabilities. All are invited to watch and share the joy and message at the two pageants: