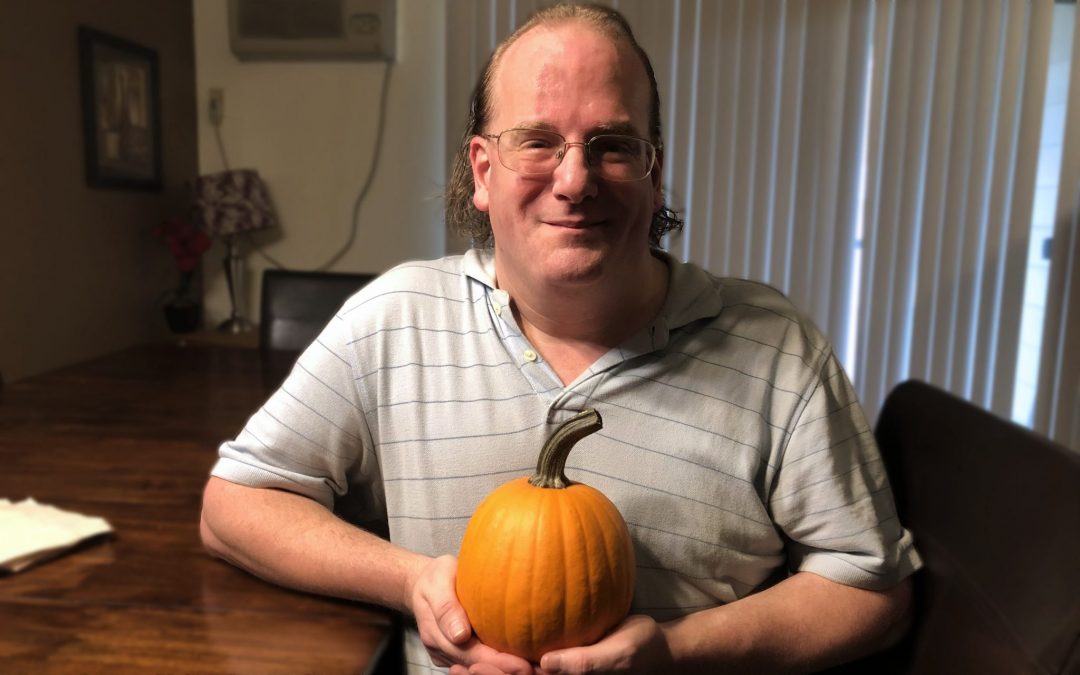 Halloween has always held a special place in Tony’s heart. Supported by Hammer Residences since 2006, both staff and the other individuals at the apartment program noticed Tony’s love of Halloween right away.

When Halloween came around during Tony’s first year at Hammer, he decorated his whole apartment and even hosted a haunted house. Tony says the haunted house has been a family tradition for many years, so it was second nature to host one in his own apartment.

During his first haunted house, someone suggested that he reach out and request to host his own event at Hammer’s Central Office. The rest is history! Tony is hosting his 11th annual haunted house at the Central Office on October 23.

The event has grown significantly since Tony started hosting it 11 years ago. Now, several volunteers attend the event and dress up as spooky characters.

Tony works on the haunted house year-round. He is always thinking about ways he can improve it and watches horror movies for inspiration. With the help of staff, Tony even makes the wooden coffins that are featured at the event!

By the time the haunted house rolls around, Tony has his event plan memorized, from location of volunteers to the layout of the room. He attends the event and makes sure everything goes smoothly.

Although he loves making people jump out of their skin at the event, he said his favorite part is seeing people have fun.

Tony has been thinking about what new items he can add to the event since last year’s haunted house concluded. He said he has come up with new spooky surprises for the night. What does Tony have in-store? Come to the event on October 23 and find out!