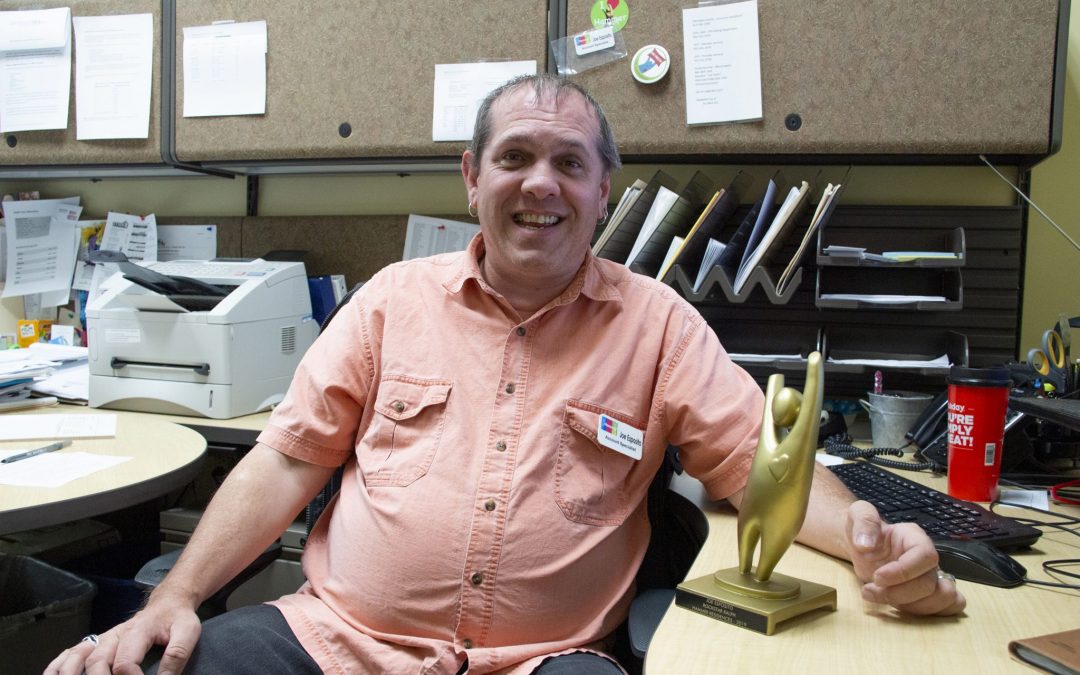 There are people who make a lasting impression on their first impression. If you have met Joe Esposito, you would remember him, and he would have definitely made an impression on you. His famous phrase “Hey, how you doin?” has rung through the central office and many Hammer homes and apartments for the past twenty-two years.

Joe’s presence is larger than life. However, in his own way he is a quiet and compassionate man, who truly lives and breathes the mission of Hammer each day. He brings such a unique zest for life into everything he does; which has truly been a lot.

Joe has built up quite a “well-rounded resume” during his tenure at Hammer. To say he is a renaissance man is almost not diverse or large enough.

Joe started his Hammer career in 1997 as a program manager at Hammer’s Lawndale home, which at that time was called Clear Springs. He brought a wealth of knowledge from other service providers, and made that house a home for the individuals supported.

As time went on, he moved on to manage Hammer’s Arkansas home for two years and then was promoted to Program Director from 1999 until 2001. Joe then decided he wanted to be more involved with individuals he supported, so he went back to managing two other Hammer homes from 2001 until 2007, until he ventured into a new realm at Hammer; volunteer recruitment.

He then went on to manage other Hammer homes and apartments from 2010-2015. In 2015 he applied for and started his current role, Account Specialist…..and as they say, the rest is history. With his vast knowledge of homes, individuals, and services, along with his great people skills it was a perfect fit for Joe. He brought so much expertise in many different areas of disability services, and still brings it today.

Always willing to help someone out, Joe has also been an important part of our Reach for Ralph Event these past few years. After the evening event is over, Joe and other volunteers show up and help to tear down and clean up. It is a behind the scenes effort by these unsung heroes, that is greatly appreciated. Joe is right in his glory, digging in and helping make a difference where ever he can for the greater good.

And that is the essence of Joe. Always willing to lend a hand, with some dialogue and pizzazz.

This month at our central office meeting, Joe was honored with the well-deserved “Rock Star Ralph” Award for 2019, to thank him for all that he has done to fulfill the mission of Hammer.

Thanks for all you do, Joe!