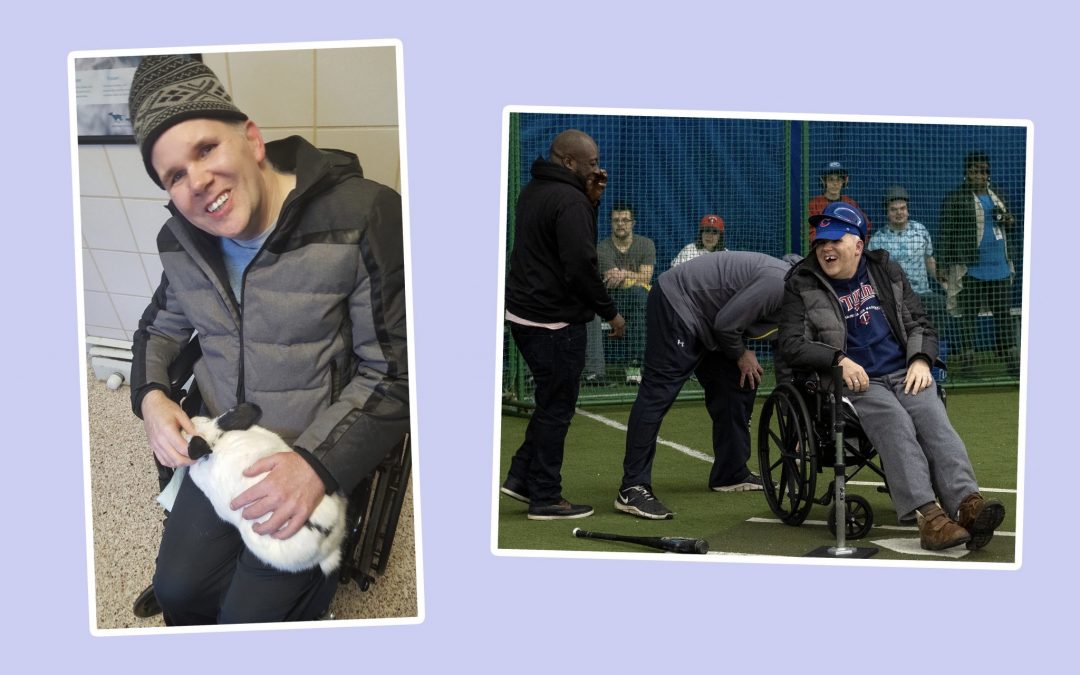 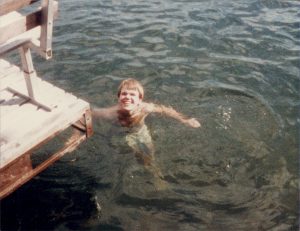 Andy at the lake

Andy moved to Hammer as a 10-year-old boy in 1978. He lived on the Boys floor, where he created many friendships he still treasures today.

As a kid on the Boys floor, Andy enjoyed doing several activities. Each year, the floor would go on a camping trip, where Andy loved to swim and enjoy the lake life, like many Minnesotans do! He also spent countless hours in the summer at the pool on the Hammer campus. 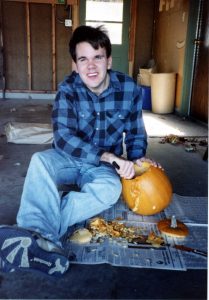 Just over 40 years later, Andy still calls Hammer home. Hammer has helped Andy age gracefully through the years and make the needed transitions as he gets older. He now lives in a home with three other men, one of whom he has been friends with since his early days at Hammer.

Andy still enjoys the good life at Hammer. He enjoys helping cook meals at the house, which he grew fond of as a young adult. He is a movie fanatic, animal-lover, and has a great sense of humor. During the week, he enjoys either going to Hammer’s Day Supports or Interact. 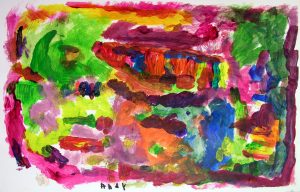 One of Andy’s pieces of art

Andy has always had a passion for art, which is what his day consists of at Interact. Through the years, he has created several beautiful paintings, and has even displayed some pieces in various art shows.

Hammer’s Day Supports are a chance for Andy to spend time with many of the friends he has bonded with over the years. For example, Hammer’s Day Supports Coordinator, Brad Fenske, has known Andy for 35 years. The two have a wonderful relationship where they often joke around.

Andy has truly lived a full life at Hammer. From the time he was a boy to now, he has enjoyed being active and engaged and has created long-lasting friendships along the way.