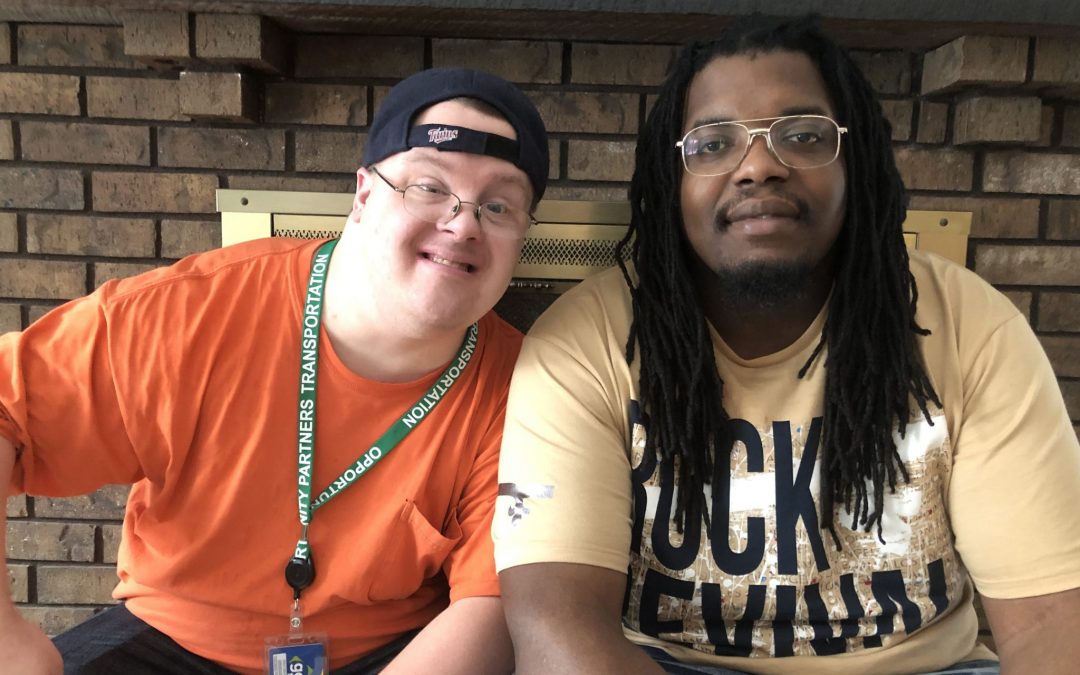 You’ve Got a Friend in Me

Kevin was initially drawn to Lamarr because he liked his hairstyle. Now, over a year later, their relationship has evolved and they are close friends!

Lamarr first found his job at Hammer because his fiancée used to work at the organization. She told him about Hammer’s mission and it has been the perfect fit for him ever since.

Kevin has called Hammer home since 2011. He enjoys going to work at Opportunity Partners. When he is not at work, he has several hobbies. Lamarr said this is one of the reasons the two grew so close, as Kevin is up for nearly any activity in the community. They also both really enjoy music.

Oftentimes Kevin and Lamarr will drive around and listen to their favorite songs. They listen to everything from reggae to country. One of their favorite memories was when they drove past a Maserati and it revved its engine at them.

On summer days, they go to the nearby lakes or the Normandale Japanese Garden. Whatever they do, they have a lot of fun talking and hanging out together!

Lamarr says he knows he’s making a difference in Kevin’s life because he can see the excitement whenever he shows up for his shift at the house.

“That smile gets me every time,” Lamarr said. “It brings me joy knowing I’m doing something that makes him feel good.”