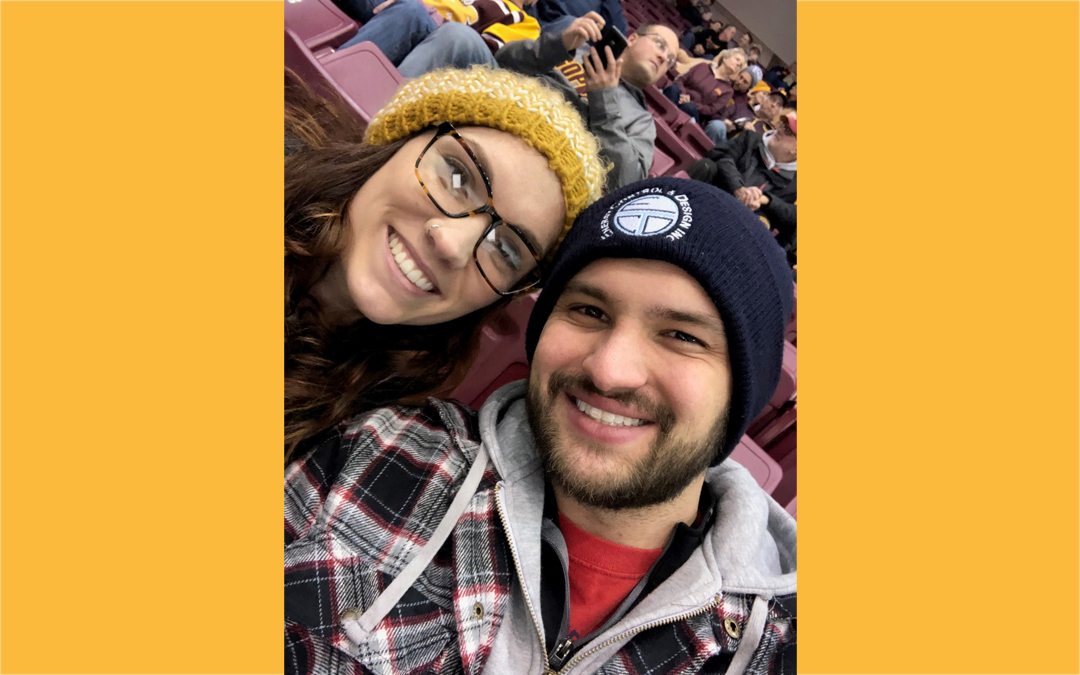 George Emerson has been involved with sports at the University of Minnesota since he was a teenager. He has ushered several games and still goes to many sporting events today. He even has season tickets to the Gopher men’s hockey games. In addition to being a financial donor, George has been donating his spare Gopher hockey tickets to Hammer Residences.

This season, George has donated Gopher hockey tickets for several games including UMD, St. Lawrence, Michigan State, and Ohio State! When George donates the tickets, they are then offered to the employees at Hammer Residences.

George first became aware of Hammer Residences when one of his family members volunteered with the organization. He was impressed with the great work of the caregivers. George himself knows what it’s like to be a caregiver, as he cared for both of his parents when they reached old age. 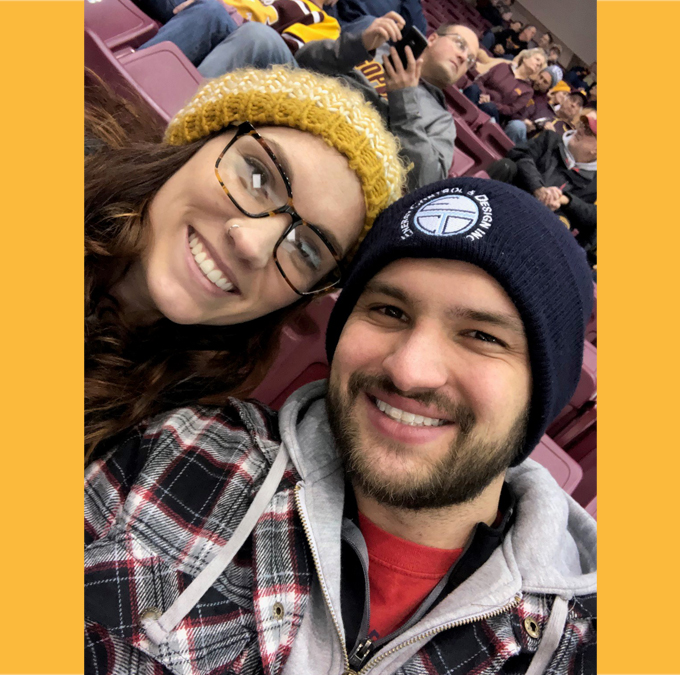 Regan and her husband enjoying the Gopher game.

Because he has experienced being a caregiver and knows how important the work is, George hopes that the employees at Hammer can enjoy a night out at the Gopher game using his tickets.

Regan Vanevenhoven, a care coordinator at Hammer, recently attended one of the Gopher games using the tickets George donated. She and her husband had a great time, saying in a note to George, “Hammer has always been in my blood, as my mom has worked at the company for over 30 years. My husband even worked in Hammer’s in-home department for a time while in school. What can I say, we love Hammer! We are thankful that you love Hammer as well and gifted the Gopher tickets. My husband and I thoroughly enjoyed the game. It was such a treat! Thank you!”

George enjoys the personal touch that donating his tickets to Hammer Residences has. His generosity truly makes a difference to our employees. Thank you, George!

If you have extra tickets to sporting events, theater performances or concerts, consider donating them to Hammer! Contact us at 952-473-1261.