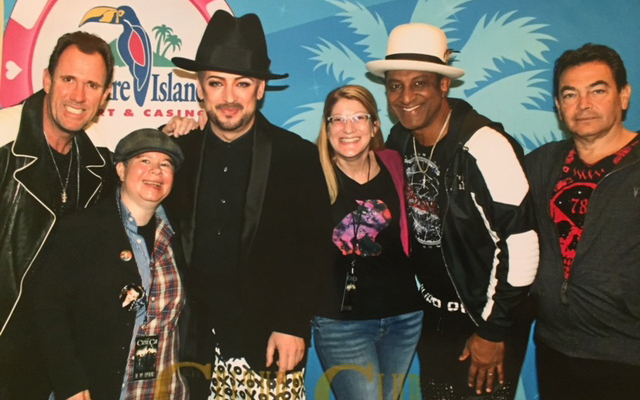 Jacqi loves Boy George and his band, Culture Club. She has been a fan for many years and has attended his shows every time one of his tours stops in Minnesota. For one of the concerts, Jacqi even purchased a VIP experience and met him. 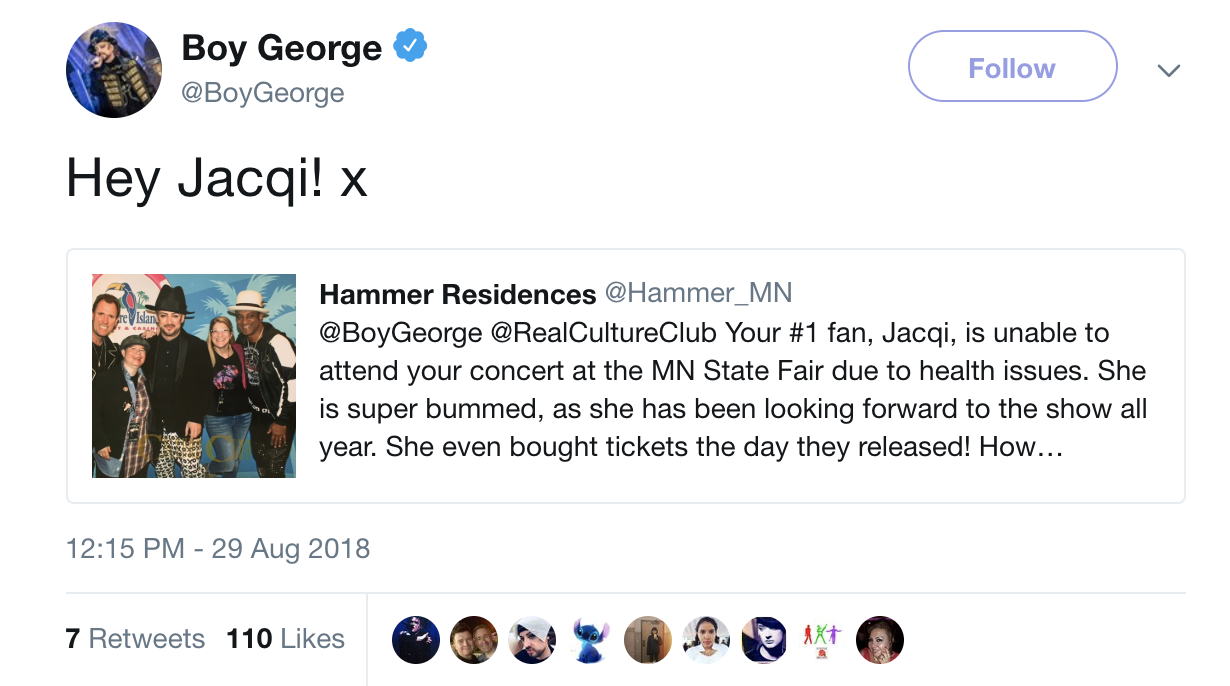 The Tweet that Boy George sent back to Hammer.

Boy George and Culture Club stopped in Minnesota for a performance at the State Fair Grandstand on September 3. When Jacqi found out that the band was going to be in town, she was thrilled and bought tickets the day that they were released.

Unfortunately, Jacqi was experiencing health issues a few days before the concert and couldn’t go. She was able to sell her tickets, but was still sad that she couldn’t attend the concert.

One of Hammer’s Program Managers, Jacob Snell, knew that Jacqi would be disappointed no matter what since she couldn’t attend the concert, but he wanted to do something to make the situation a little bit better.

He had seen in the past that celebrities will give “shoutouts” over social media to special fans, and thought this would be fun to try, even though it might be a long shot.

On Hammer’s Twitter account, Jacob helped craft a message to Boy George stating, “Your #1 fan, Jacqi, is unable to attend your concert at the MN State Fair due to health issues. She is super bummed, as she has been looking forward to the show all year. She even bought tickets the day they released! How about a shoutout to Jacqi?”

Within minutes, Boy George responded to the Tweet, saying, “Hey Jacqi!” Hammer was excited to tell Jacqi that her favorite musician gave her a shoutout!

Jacqi was happy to see that Boy George acknowledged her on Twitter, and although she couldn’t attend the show, she was given a personal experience that she will not forget.