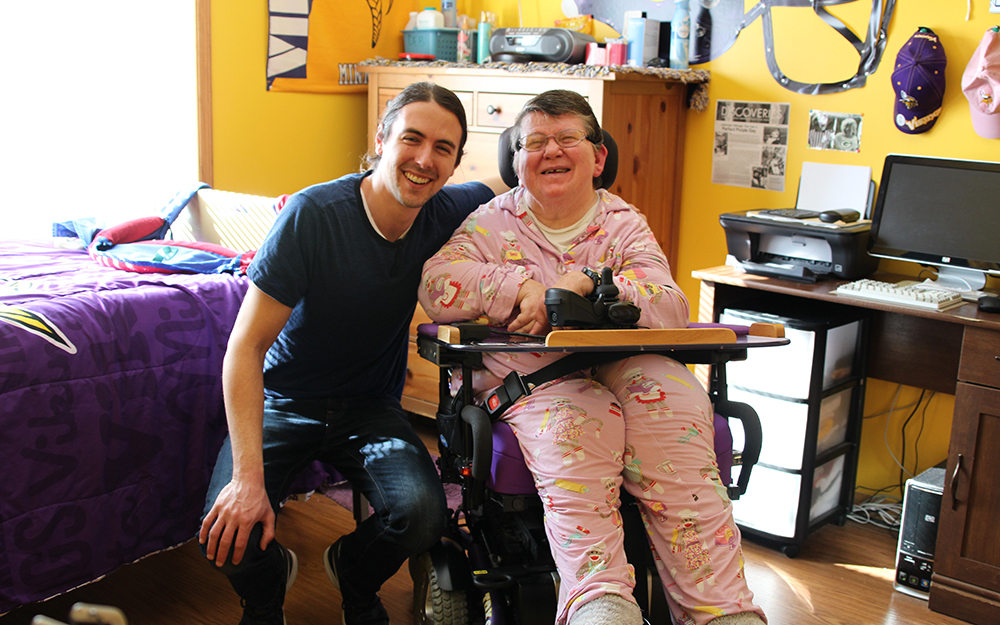 Every Sunday that the Vikings play, she specifically plans her day around game time. She has been a huge fan since she was a small child. Deb is the first person to support them – win or lose.

Deb is such a big fan that she painted her room gold in honor of the team, with various memorabilia hanging up around her wall. She even has a pair of signed cleats from Adrian Peterson. Aside from watching every game, she has gone on stadium tours and attends training camp in Mankato. 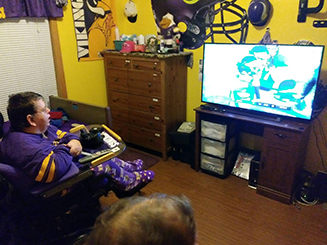 Deb watches the game on her new TV.

This year was no different for Deb. Despite an injury to star quarterback Sam Bradford early in the season, a loss that had many people doubting the team, Deb stuck around. And it paid off. The Vikings finished the regular season with a record of 13-3, and Deb was excited to watch their run at a Super Bowl appearance.

Deb watched the Divisional playoff game against the New Orleans Saints, seeing the “Minneapolis Miracle,” a last second, come-from-behind win, live. She was thrilled, and couldn’t wait to watch the NFC Championship game against the Philadelphia Eagles.

Two days before the game, her TV stopped working. It was playing sound, but there wasn’t a picture being displayed. After attempts to fix the TV, it was determined that it was broken. Deb was in the process of saving up for a new TV already, but is retired, so she didn’t quite have enough money yet.

“I was freaking out,” Deb said. She didn’t want to miss the biggest game in years after sticking by the team throughout the whole season.

Staff contacted Sue Walker, Program Director at Hammer, to see if anything could be done about the issue. Sue determined that if Deb wanted to contribute some of her savings, Hammer could pay for the rest of the new TV through the Quality of Life Fund. 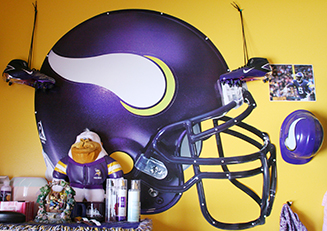 The Vikings helmet on Deb’s wall in her room.

After scrambling to find, purchase, and set-up the TV on Saturday, Deb got to watch her Vikings play in the NFC Championship game. Although the Vikings lost, Deb was still grateful for the effort by Hammer to ensure that she could watch the game.

“It was just someone’s little dream. We all have them,” Sue said. “We wouldn’t have been able to do this if we didn’t have the Quality of Life Fund. To be able to make her day, make her season, I can’t be thankful enough.”

If you would like to donate to Hammer’s Quality of Life fund, visit www.hammer.org/donate-thank-you/.