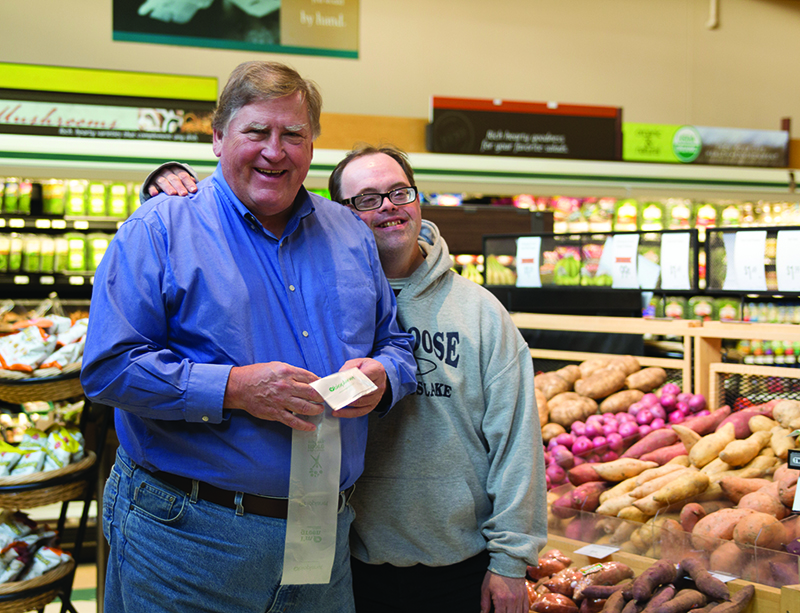 Make a Friend, Be a Friend: Volunteer

Bob and his late wife, Judith.

There are many paths and reasons that bring volunteers to Hammer. There are some who stay for a short while, others who stay for many years, and yet others who need to leave and then return.

Bob Ziegeweid starting volunteering with his wife, Judith, in 2005. As members of Holy Name of Jesus Church, they became church drivers for those we serve at Hammer. Bob and Judith continued in this role until 2012, when Judith’s diagnosis of ALS had progressed to the point where they could no longer continue volunteering.

Bob recently reached out to Hammer, offering to volunteer again. Judith had passed in 2014 and Bob had just retired. He asked us, “What is your greatest volunteer need?” The answer was simple: We need one-on-one volunteers; people who would reach out to an individual we support, who had mutual interests with that individual, and spend time with them. This could be as simple as going for a cup of coffee, seeing a movie, or playing cards. Bob decided he would like to become a one-on-one volunteer. After careful consideration, Bob was matched with John T. at Zealand, who was featured in our Make a Friend, Be a Friend video campaign. 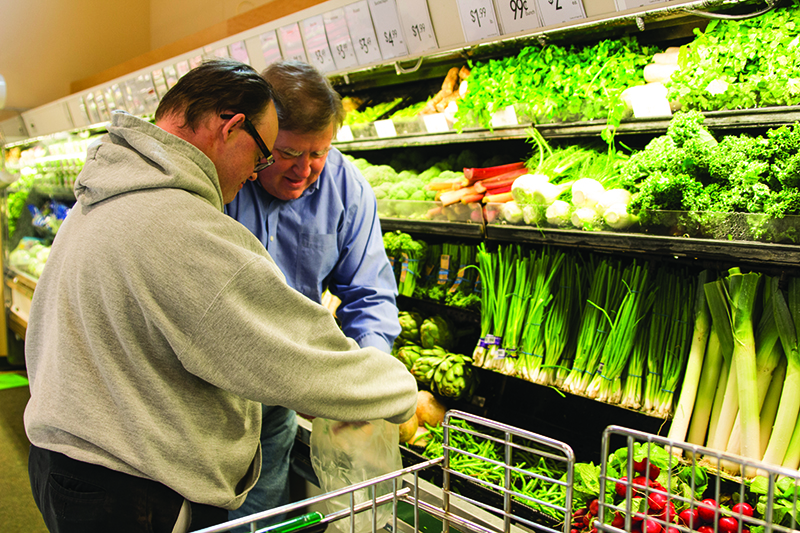 John and Bob grocery shopping together.

Bob and John were first introduced to each other at Zealand in April 2017. They have been meeting once a week ever since. They spend their time together miniature golfing, going to the movies, working out at the YMCA, and participating in John’s favorite sport, bowling.
We asked John to tell us about his volunteer. He said, “I like Bob. We hang out together, at home, and in the community. Bob is funny, and nice, he talks to me. He helps me cook, we watch TV and movies. My favorite activity is going to Perkins to have pancakes, sausage, and eggs.”

Another favorite activity is cooking dinner together. After grocery shopping, they go to Bob’s house and make a meal consisting of hamburgers, baked beans, and sponge cake topped with fresh strawberries and whipped cream.
Bob says he doesn’t feel like a volunteer. He is John’s friend. He looks forward to seeing John each week and spending time together. They have a lot of fun. Bob wanted other potential volunteers to know that one-on-one volunteering will be the most rewarding time you will spend all week.

TO KNOW MORE >> If you would like to make a difference in someone else’s life as well as your own, then Make a Friend, Be a Friend, and contact Cathy Thoma at cthoma@ hammer.org.

“Bob is an all-around great guy. His ability to connect with John so fast was very impressive. He comes with a smile on his face and ready to enjoy an evening of activities with John. He’s not just a volunteer to John, but a friend as well.”