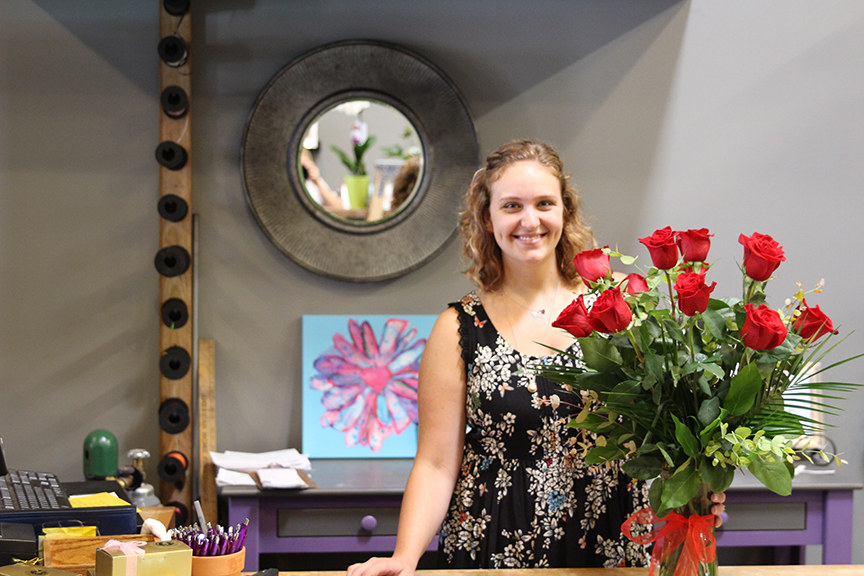 Love of Flowers and Helping People Inspired her Journey

By Barbara Brandt, Director of Communication 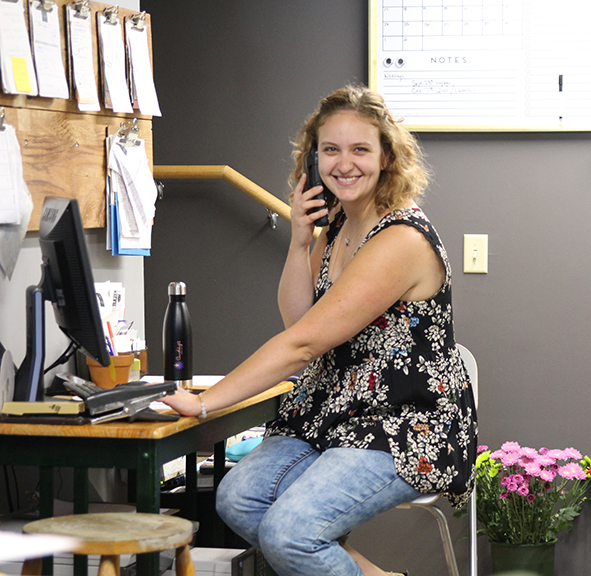 Lesa hard at work behind the scenes.

Who knew that when she left Montana headed for Las Vegas, Lesa Fenwick would end up owning Candlelight Floral and Gifts in Wayzata, Minnesota. Well, fate and a lot of hard work had a great deal to do with it!

Lesa was born and raised in Bozeman, Montana, along with one older brother. Her parents owned and operated Spectator’s Bar and Grill and now Same Day Delivery where her dad runs the day-to-day operations and her mom is a bookkeeper. Lesa remembers the time and dedication that her parents (and extended family) had as business owners and entrepreneurs.

After graduating high school, Lesa set off to Las Vegas to attend college. To make ends meet she worked at a hotel as a concierge in customer service. This is where she realized her true passion for helping and working with people.  During the time that she worked at the hotel, she also met a handsome young man, who happened to be from Minnetonka, Minnesota – her future husband Colin.

And as they say, fate stepped in….and the rest is history.

When reflecting back, Lesa remembers she has always loved feminine “girly” things. She said, “I was on the dance team and a cheerleader in high school and it seems all my clothes or purses were covered in flowers. It only made sense to find a career where I could work with people and also brighten their day.” 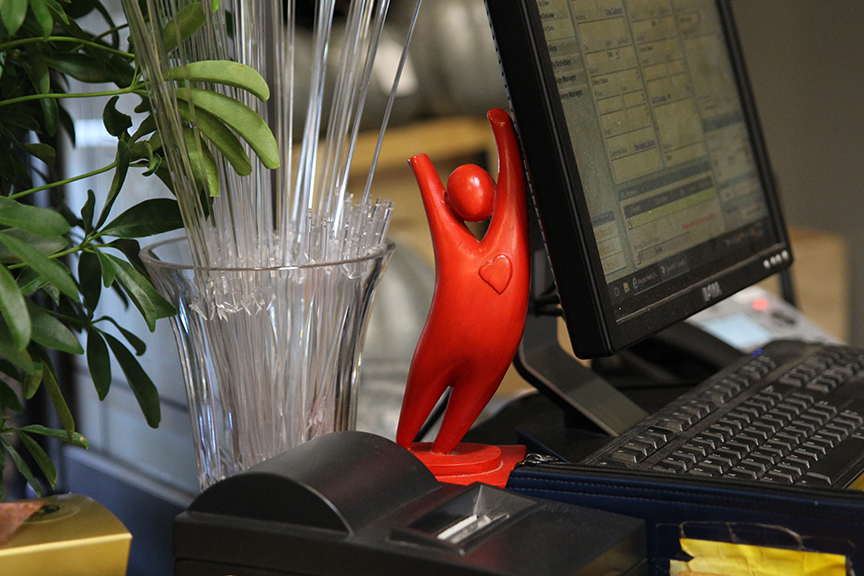 A Ralph statue adorns the front counter of the shop.

Colin and Lesa moved to Minnetonka in 2010, open to what would be in store next. And like always, fate did have something very special in store for the couple. The stars aligned when Lesa got a job at Candlelight Floral and Gifts. “I found the two of my three passions in my new job… I got to work with people and also be around beautiful flowers! The only thing missing was owning my own business.”  That changed when they purchased Candlelight from the previous owner Vickie Bizek-Innes in February of 2015.  Vickie had owned Candlelight for 43 years.

Colin and Lesa reside “out West” in Montrose and in addition to owning a flower shop, Colin works at the Caribbean Marina on Lake Minnetonka. They were married in 2016 and are excited about the journey they are on together. Although she started out in computer networking in Las Vegas, fate brought Lesa and her husband Colin back to his Minnesota roots.

When asked what her connection was to Hammer, Lesa responded, “Vickie [the previous owner] was involved with Hammer, donating flowers and volunteering her time on various Chamber events. Hammer has been a long-time customer of Candlelight Floral and Gifts, so of course I wanted to continue that tradition as well.” 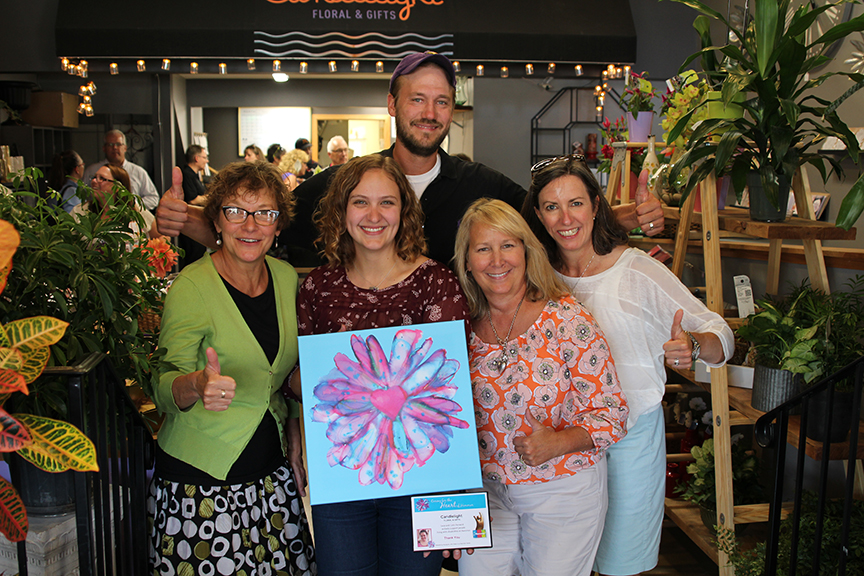 We brought a keepsake for Lisa and her husband to thank them.

Lesa and her husband recently celebrated the grand opening of their new store in their new location in the Wayzata Village Shoppes. A group of us from Hammer went to celebrate their new space and thank them with a keepsake from this year’s Reach for Ralph.

The gift was a print of a “Gerbera Daisy” by Krystyna Dennis, used on the invitation and something Lesa voted feverishly on at the event! The artwork adorns Lesa’s desk area, along with a Ralph statue.

Lesa has been a Reach for Ralph volunteer for two years, donating the flowers for the centerpieces that adorn the tables for the big event. She has always believed it is important to give back to the community and to help others. Lesa said, “Hammer is a significant part of the Wayzata’s history and supporting people with disabilities is really important work. It just seems like the right thing to do to share my passions with such a great organization, full of great people.”