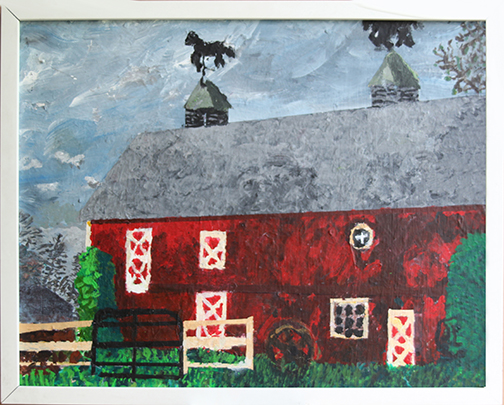 Inspiration from an Old Red Barn

Shortly after I began working at Hammer, I stumbled across a YouTube video of Jon Leverentz, that was filmed in his basement art studio in his Hammer home, talking about his love of art. Something about that video resonated with me. I shared it with my girlfriends and also asked my husband to watch it. It was just so pure and moving. Click here to view

For over a year I had the pleasure of sharing an office with Eric Sage, who was part of our Training team and also program manager at Jon’s home. Eric kept a very touching photo of Jon at his desk that was special to him. We talked often about the shenanigans they got into together. They were quite the dynamic duo and Eric’s stories made Jon seem more enchanting than ever.

Shortly after Eric joined our team, I attended my friend Mitch’s holiday party at Hammer. I couldn’t believe it when after I sat down, Jon came and sat directly across from me. Really, what’s the chance of that? We talked throughout the entire dinner – about Jon’s love of painting and my love of photography. We giggled over a few Eric stories and secrets that Jon seemed more than eager to share. When we parted, he encouraged me to give Eric the “business” when I saw him on Monday morning. 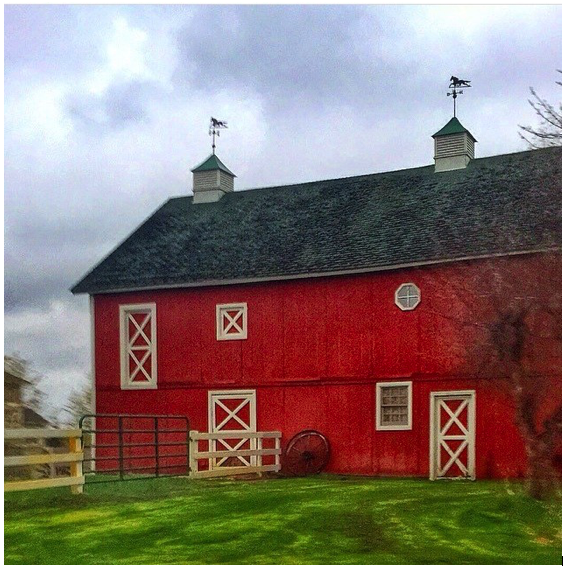 Photo of the old red barn taken by Karen

A few weeks later, taking about what we both had done over the weekend, I showed Eric a photo I had snapped of an old red barn. Jon had been in a bit of a painting slump and Eric thought he could use a little inspiration. He asked if it would be okay if he shared the photo with Jon. Are you kidding me? How awesome would that be?

Much to my delight, Jon decided to turn that old red barn photo into one of his incredible works of art. He captured every detail exactly. It was truly uncanny how brilliantly he brought the photo to life. From watching that first video of Jon, to seeing the final artwork, an image I loved so much turned into a masterpiece – what a blessing for me. 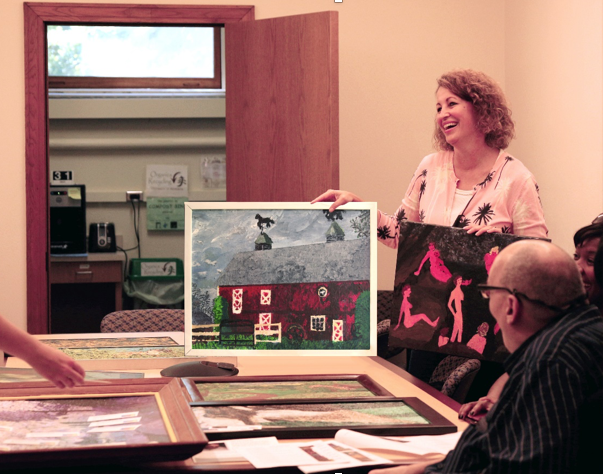 Karen with Jon’s painting of the Old Red Barn

And about that “G” with his initials inside from the YouTube video? I do believe that God is watching over Jon. What a remarkable gift he has – and one that he continues to be able to share with all of us.

I was honored to be asked by Barbara Brandt, Director of Communications, to help Jon choose the pieces and assist in the installation of his artwork at the Institute of Community Integration on the University of Minnesota Campus.

Please join us to for the closing art reception in Jon’s honor on Thursday, September 14 from 4:00 pm to 6:00 pm at Pattee Hall.

The Old Red Barn Painting by Jon Leverentz is hanging at the University of Minnesota along with his entire collection of artwork.