When Life Comes Around Full Circle 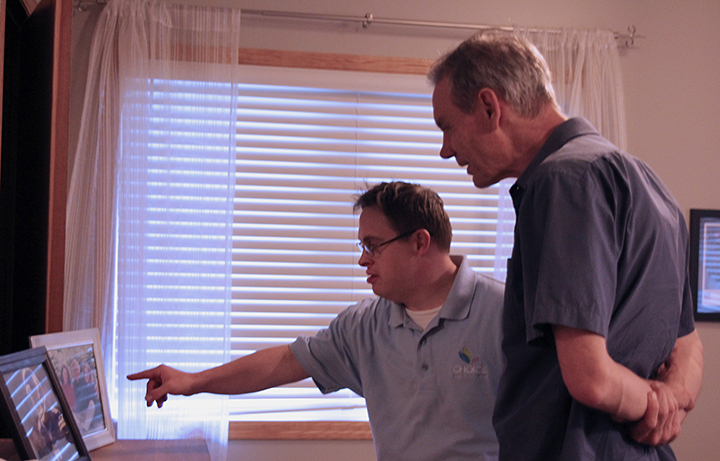 Alex, supported by Hammer, shows John his family photos and gives him a tour of his room.

Have you ever experienced arriving back where you first began? It’s ironic how life’s experiences can bring you full circle and then you realize how much you have really learned throughout the process.

John Coy, now a local award-winning author recently journeyed back to his caregiver roots. He visited Hammer Residences’ Carlson Group home, where almost thirty years ago, he worked as a caregiver.

During the visit, he connected with former colleagues and caregivers who still work at Hammer. They shared stories about the past and reminisced about the individuals they supported all those years ago. In fact, John learned that some of the people they supported together, still live at Hammer! 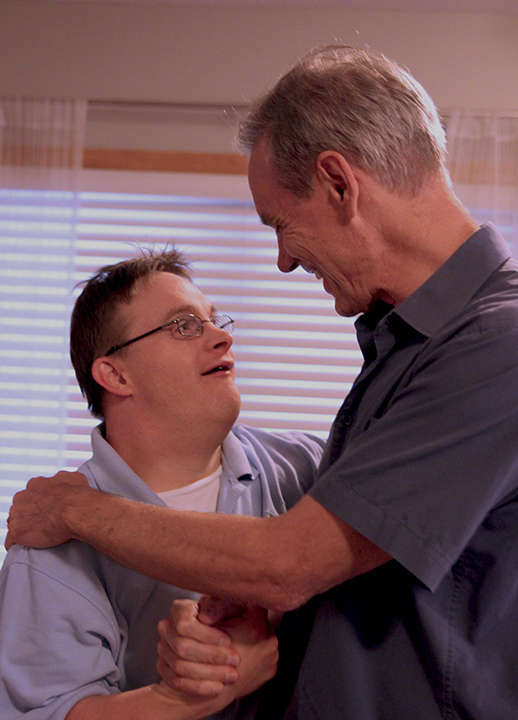 Alex and John have an immediate connection.

John says, “The caregiver experience had such a significant impact on me. I felt like I learned more from the individuals I worked with than I’d ever imagined. It changed my life and shows up in how I treat people every time I walk into a classroom.”

“It also enticed me to follow my dream as a writer. My young adult novel Gap Life has a main character, Cray Franklin, who works in a group home with adults with developmental disabilities and is surprised by what he learns about himself.” 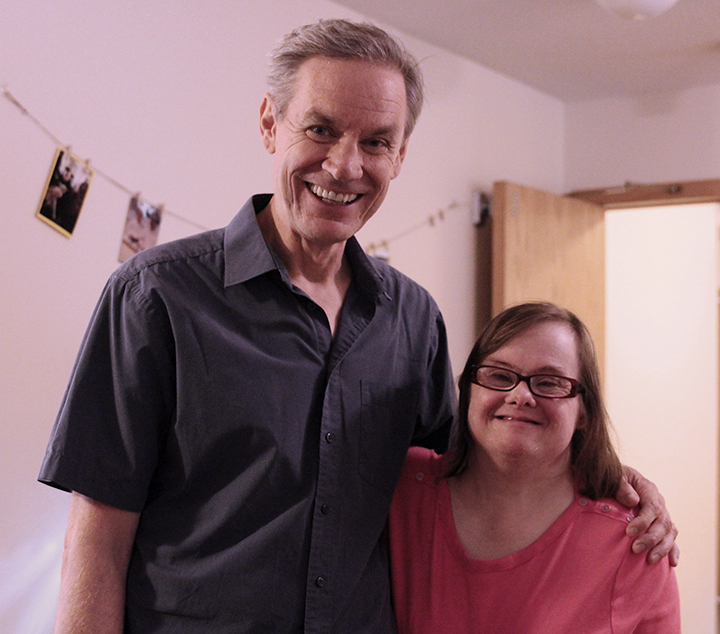 Gretchen, supported by Hammer, introduces herself to John as he arrives at her home at Carlson.

Back in the 1980’s, individuals began to move out of larger facilities into residential group homes of four and six-bedrooms within communities. The movement happened quite quickly, and Hammer was a leader in setting the standards within the disability community of caregivers.

“I am so grateful to return to Hammer to see how much progress has been made. When I worked as a caregiver at Hammer, the process of moving individuals into community settings began, and people were starting to live more independent lives. It is so impressive to see how that vision has been realized in such significant ways.” said John.

Hammer has been around since 1923, supporting individuals with developmental disabilities. Today, there are 405 caregivers who work at Hammer. They are the heart and soul of the organization. Daily, they support the 1,600+ individuals in our 37 homes, 10 apartment programs and Community Support Services. 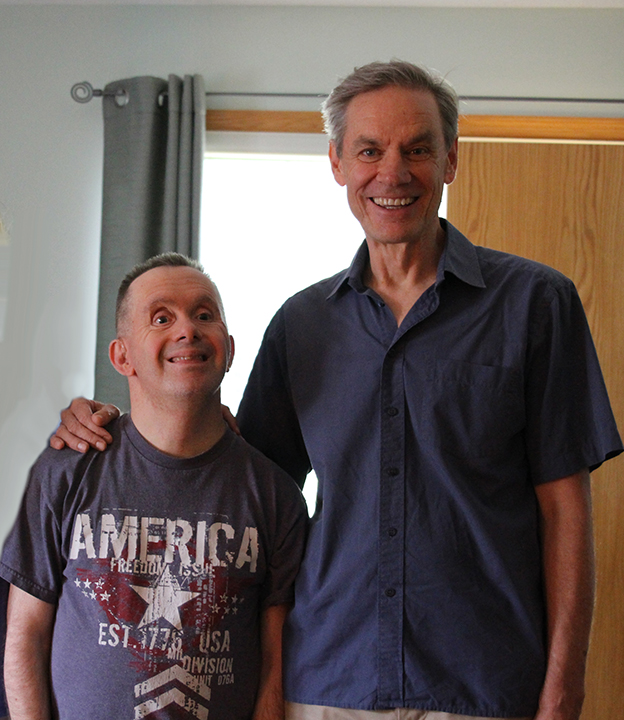 Being a well-known speaker in schools, John Coy is volunteering his time and talent to be this years’ emcee for Hammer’s annual Reach for Ralph. He will also be selling his books, donating a portion of the proceeds to Hammer.

Reach for Ralph benefit features a multi-media program, live and silent auctions, and buffet dinner. The goal this year is to raise at least $300,000 to help support the caregiver with benefits like the Training and Education Grant and the Employee Emergency Fund. The event will begin at 5:30 p.m. with a social hour on Thursday, July 20, 2017 at Earle Brown Heritage Center in Brooklyn Center. The live program will begin by 7:30 p.m. Tickets are on sale at hammer.org/reach-for-ralph/.

Click here to see how Hammer has changed our culture and made an impact. For more information please contact Barbara Brandt, Director of Communication at Hammer Residences at Barbara@Hammer.org 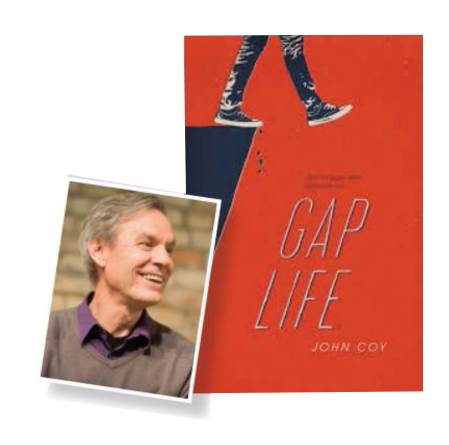 John Coy is the author of Gap Life, a young adult novel about a boy whose parents will pay for college as long as he studies what they want. The book also discusses people with disabilities, specifically living in a group home. John has a strong connection with Hammer and worked at Hammer’s Carlson home for six years, beginning in 1985 under Lisbeth Vest Armstrong. I sat down to talk with John about his experiences at Hammer and how that informed his most recent novel, Gap Life.