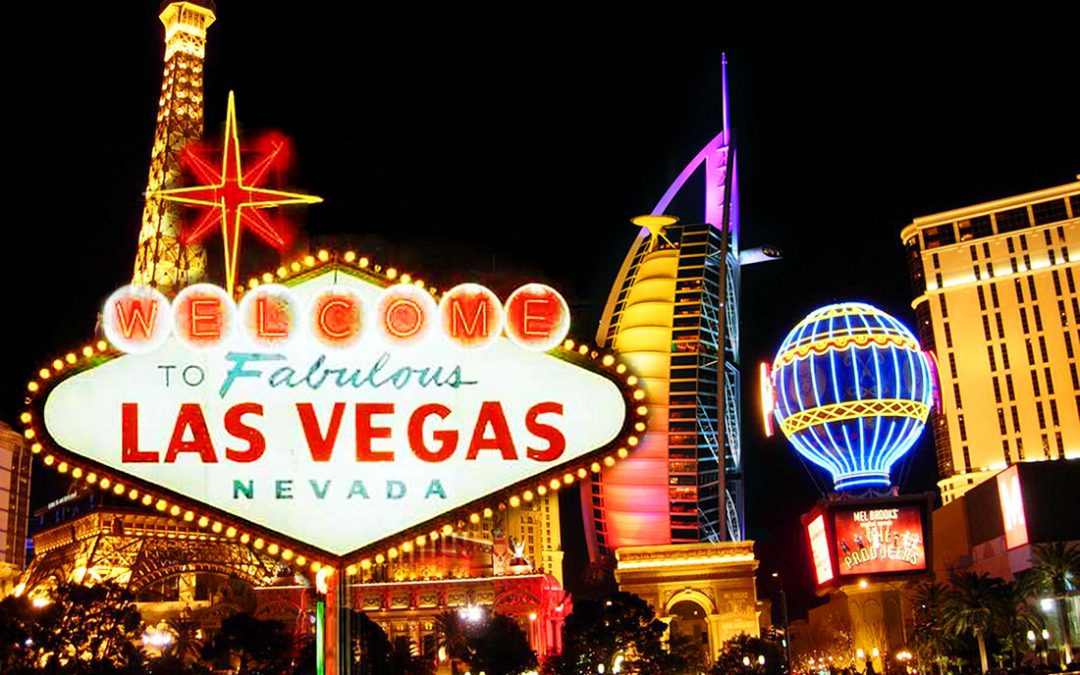 Art is in the Eye of the Beholder

Rebecca, a person supported by Hammer, has been on many Hammer Travel trips. Some of the destinations include Disney World, Los Angeles and Hawaii. She has enjoyed them all, but her favorite place to visit with Hammer Travel is Las Vegas.

The main reason Rebecca loves Vegas is because of a large mural painted in the Miracle Mile shops at Planet Hollywood. It is a bright, vivid, and larger than life painting depicting both realistic and cartoon images of people, places, and things around the world. It spans the width of the hallway and the length of about four shops. By Vegas standards, it is a relatively small piece of artwork and most likely is not on the typical ‘List of Things to See’ when in Las Vegas.

However, that did not matter to Rebecca. She excitedly joined the group of twelve travelers heading to Vegas this past November. She told everyone she wanted to visit this painting! This was the second time Rebecca had been to Las Vegas with this particular trip leader, and she was happy to hear that there would be time to visit her beloved painting. When Rebecca knew it was on the agenda, she quickly allowed herself to become wrapped up in all the other sites in Las Vegas: M&M world passing out free samples, celebrity impersonators, and the opportunity to play at an actual casino! In fact, the group was staying at casino and she had already played a few dollars at her favorite slot machine, The Wizard of Oz.

On the second day of the trip, Rebecca and six other ladies started walking to the Miracle Mile. The group was familiar with riding the Deuce bus system, but this morning was it was warm, comfortable, and a perfect day for walking. The stroll took the group past many other beautiful works of public art. Outside of the Miracle Mile shops also were a dressed up Pikachu and Hello Kitty, which of course everyone had to snap a picture with and then promptly tip them $1.00. They also saw Showgirls wearing way too little for 10:30 in the morning!

Once they arrived at the Miracle Mile, the group of seven stopped at a Brookstone and everyone tried a massage chair for five minutes. Relaxed and laughing together, the ladies continued their way down to the mural. A fellow traveler asked Rebecca, “Why do you love this painting so much?” Rebecca replied “Because of Calder, the boy in the painting!” Rebecca struck a pose, arched her head back, smiled at the ceiling and then stated, “He looks like this with big orange sunglasses and is wearing a swimsuit!”

The boy with the orange sunglasses

Looking at the mural above

When they finally arrived at the mural, Rebecca reached into her handbag and put on her own pair of orange sunglasses. All five travelers stood in a row under the mural of the boy wearing orange sunglasses and a swimsuit He was posed and smiling at the camera and now down at Rebecca and her new friends. Calder was just one small part of the painting, but every person in the group looked up at him and took pictures, with the trip leader taking a group shot of all five underneath.

After all photos were taken, the group happily continued on through the mall. A mall vendor, usually prompting passersby to ‘Sample! Test! Free!’, instead asked the passing trip leader what they had been taking pictures of in the mall?

“The mural” the trip leader responded, pointing up, “and that boy in particular.” The vendor looked up and then back down at the departing group. He laughed and said smiling, “you know I have been here for over a year now and this is the first time I have ever noticed it!”

The moral of the story: Sometimes all it takes is one special person like Rebecca, to help you slow down and appreciate the beauty surrounding you.