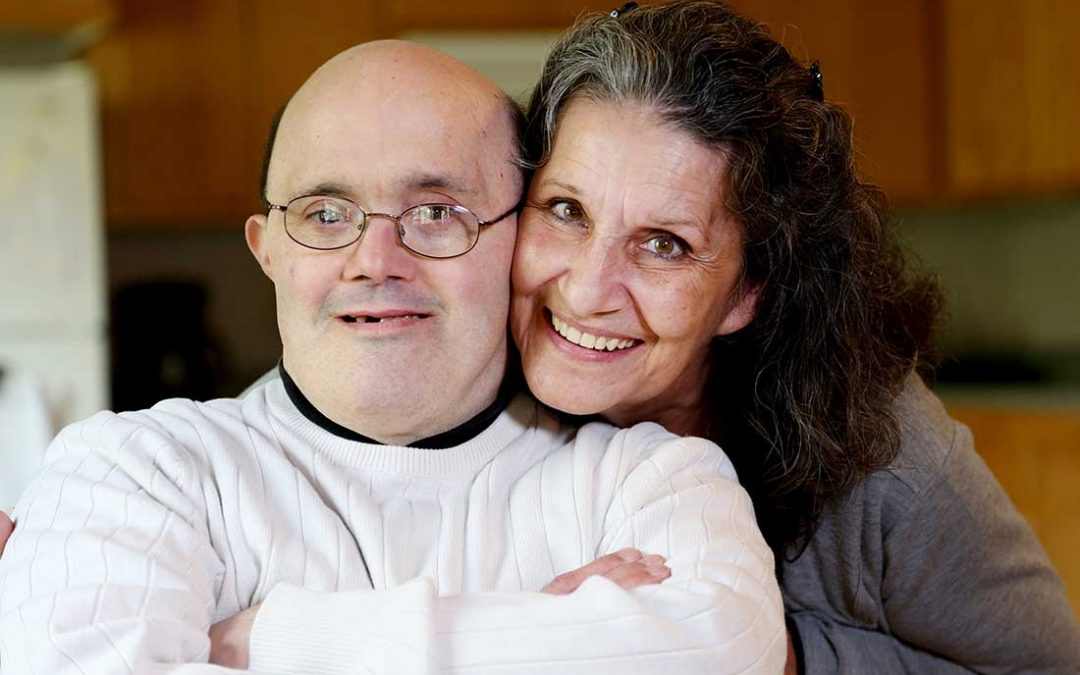 A Sister’s Point of View

My name is Pat Peterson and my youngest brother Kelly was moved to a state institution when he was very young. That happened in the 1960s to some people with developmental disabilities who could not be cared for by their family.

Kelly as a baby

Kelly was born with Down syndrome, and was not very healthy when he was a baby. He had pneumonia more than twenty times before his second birthday. With additional family problems, my mom simply could not take care of him. Kelly became a ward of the state and was put into a state institution. The separation was so painful, our family never kept in touch with him.

In 1975 at the age of 13, Kelly moved from the state run institution to Hammer. Everyone loved to be around Kelly with his big and fun-loving personality. He had staff that took great care of him and a stable, safe, and secure environment to live in. Kelly thrived at Hammer. It never would have been like that if he had remained in our family’s care. 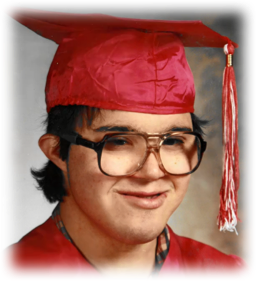 The staff at Hammer became Kelly’s family, helping him to learn and grow. They taught Kelly how to shave and reminded him to wear his hat and gloves during the cold Minnesota winters. Like a family, they also reminded him to use his manners at the dinner table, when a loud burp would have been a lot funnier to a table of young men.

Living at Hammer, Kelly was very active when he was a teenager. He played softball, was a Boy Scout, joined a weight lifting club, and went to lots of dances and parties.

It is only with the financial support of more than 1000 donors that Kelly has had compassionate staff and a safe home environment to become his best and true self! Others cared for Kelly when my family could not.

Reunited with my brother! I’m so thankful that Kelly has lived a full and meaningful life.

I came to understand just how important Hammer has been to Kelly when we reunited in 2006. We received such a warm welcome from the staff at Hammer. They helped us to reconnect after being separated for more than 40 years. Little by little, our relationship flourished and I came to realize that Hammer is Kelly’s home and his family.

With the diagnosis of Down syndrome often comes early dementia and Alzheimer’s disease, as individual’s age rapidly. At age 53, Kelly enjoys dancing to rock music, but like anyone who is aging, he dances a little slower these days.

Your gift is needed today so Kelly can remain active, age gracefully and stay secure in his Hammer group home.

Kelly has recently transitioned to Hammer’s McGlinch home in Plymouth, designed to accommodate his increasing needs. His home is equipped with ramps, hand rails, wide doorways, accessible bathrooms, and a handicap accessible van — all the things Kelly needs to stay active in his community, and age gracefully and securely in his home.

Your donation will help provide a lifetime of care and security for all the 286 people with developmental disabilities living at Hammer. Like Kelly, they will need assistance for a lifetime. Please give what you can today. Donate

Forever grateful for your support,

You can learn more about Kelly in this video.